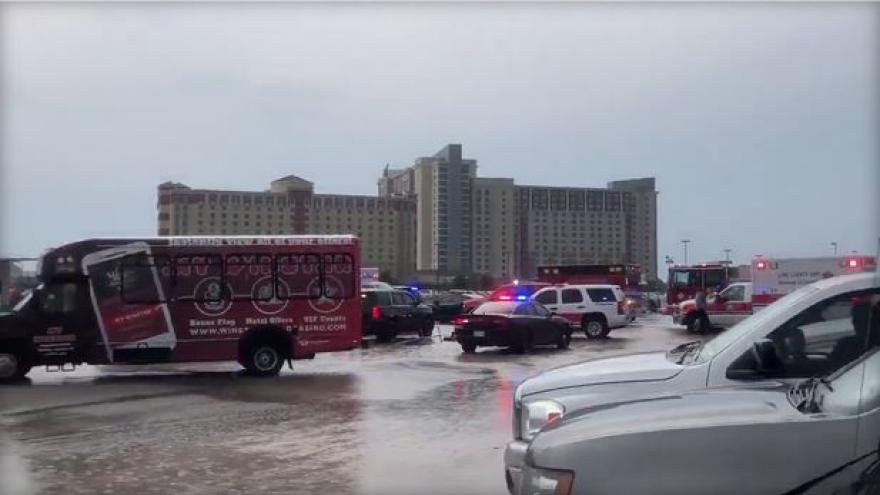 THACKERVILLE, Okla. (AP) — An Oklahoma casino says 14 people suffered cuts and bruises when a powerful rainstorm toppled entrance trusses and disrupted the start of an outdoor concert by the Backstreet Boys.

Kym Koch-Thompson, spokeswoman for the WinStar World Casino and Resort, says the concertgoers were treated at the scene following Saturday's storm, then taken to hospitals in Oklahoma and Texas. She says they were all treated for minor injuries and released. The casino in Thackerville is about 70 miles (110 kilometers) northwest of Dallas.

The casino says a storm packing winds of up to 80 mph (128 kph) struck the venue about 5:30 p.m. and blew down entrance trusses on about 150 concertgoers who didn't heed earlier evacuation warnings.

Koch-Thompson says the concert was postponed. A new date hasn't yet been set.