OSHA speaks out about Saukville foundry mishap that burned workers 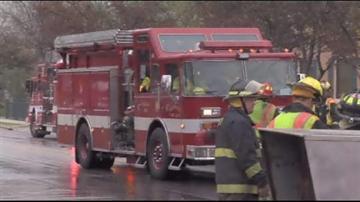 SAUKVILLE-OSHA is digging deeper into Monday's incident that injured seven employees at the Johnson Brass and Machine Foundry.

\"From what we know at this point in time,\" explained Christine Zortman, OSHA Area Director, \"Management  says they were finishing a pour and cleaning the area.\"

OSHA reiterated what the company told CBS 58 last night that it appears there was no explosion.

\"If we do find that there were any hazards with this, there could be a monetary penalty,\" added Zortman.

Officials across the board have said there is no danger to the public. But local principal  Chad Bakke

of Saukville Elementary School said that was all the children could talk about Tuesday.

He said all he could do is just assure them that they were safe.

\"For more than one hundred years my family has taken great pride in our safety record and our close relationship with our employees.

As the fourth president of this family-owned business, I can say we are all deeply saddened by the accident at our plant yesterday.  I am returning tonight from a business trip I cut short in California to meet with the injured workers.

Contrary to earlier press reports, there was no explosion at the plant yesterday.  Instead, a machine malfunctioned spraying liquid metal around the plant floor striking workers in their legs and backs. Eight people were injured. Four of my colleagues remain hospitalized tonight with burns, but we are told none of their injuries are life-threatening.

Several members of my team have already visited them as I hope to do as soon as I return. Johnson Brass is fully cooperating with all local and federal officials investigating the cause of the unfortunate accident.\"