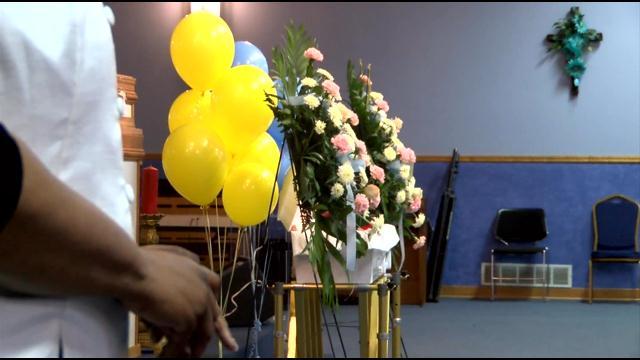 A powerful message of forgiveness and love filled a Milwaukee church as 7-month-old baby O'Ryan Shaw was laid to rest. The infant was killed in a tragic car crash that happened the night of St. Patrick's Day.

It was a celebration of life as family, friends and the community came together here at God's Hands Ministries to remember the life of little O'Ryan Shaw.

There were smiles, shouts of joy and tears as memories of O'Ryan were shared.

\"The most joyful baby, so advanced, so smart at a young age. There was nothing I could not see him accomplishing in life,\" said Richard Shaw, the child's father.

Shaw says O'Ryan was a very special baby who as you can see filled a lot of people with love in the short seven months he was on Earth. But it was hard for Shaw to see the joy as he laid his baby boy to rest.

\"I've got this big hole in my heart right now to put your child to rest. It's something no parent should ever have to do,\" said Shaw.

One person not in the audience was O'Ryan's mother, Regina Mitchell, who is still in jail, facing charges of vehicular homicide.

Her family says she made a big mistake and is beside herself with grief.

And though Shaw is dealing with his own grief, he sympathizes with his child's mother.

\"My prayers and love go out to her. We're not giving up on her. We're gonna help see her through this,\" said Shaw.

And he said will make sure their families keep a tight bond.

\"Break bread, join hands and pray together. We will do what we gotta do to,\" he said.

In the mean time, the message Saturday was clear for all. Live life abundantly for O'Ryan.