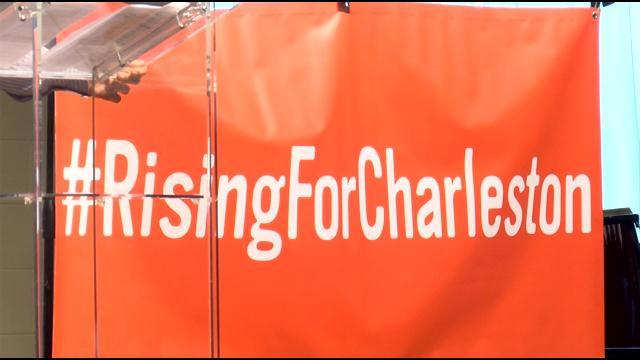 A local community that's been touched by a multiple shootings takes a long, hard look at gun violence and looks for ways to reduce it.

They're also paying homage to the people killed in South Carolina and the Sikh temple shooting in 2012.

The organizations leading the effort share tragedies related to gun violence, and that's why they are pushing for universal background checks.

\"I can't personally go to Madison and argue my point, but I can make a stand with my fellow people here,” said Robert Sagan who attended the Gun Violence Prevention Sabbath.

Every town Gun Safety and Moms Demand Action want to share the stories of people who have lost so much.

Khary Penebaker's mother took a gun and shot herself in the head.

The two organizations also spoke about the wounds from the massacre in Charleston, South Carolina at the Salvation Army Chapel in Oak Creek.

\"There in Charleston, we witnessed something amazing,” said Amardeep Kaleka.

Amardeep Kaleka lost his father in the Sikh temple shooting in august 2012, and says that's why he went to visit Charleston.

Kaleka also reflected on gun violence and how it impacted this local tragedy.

\"Three years ago, a former Army Sergeant brainwashed by the worst social structures that the internet can teach you, took the life of six beautiful people only miles away from here,” said Kaleka.

The two organizations say they support the second amendment, and they also believe universal background checks for gun purchases could save more lives.