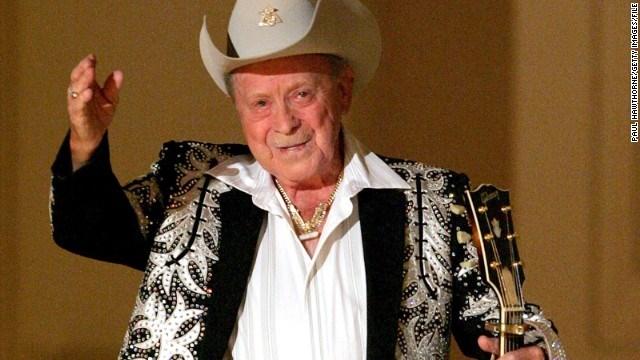 Country music star Little Jimmy Dickens, a fixture at the Grand Ole Opry for decades, died Friday of cardiac arrest after having a stroke on Christmas, the website for the famed music venue reported.

Dickens, 94, died at a hospital in Nashville, according to media reports.

Dickens joined the Opry, the showcase for country music, in 1948.

\"The Grand Ole Opry did not have a better friend than Little Jimmy Dickens,\" Opry Vice President and General Manager Pete Fisher said in a statement. \"He loved the audience and his Opry family, and all of us loved him back. He was a one-of-kind entertainer and a great soul whose spirit will live on for years to come.\"

Dickens -- known for his diminutive stature, colorful rhinestone-studded jackets and keen sense of humor -- had several novelty hits, beginning in 1949. \"May The Bird Of Paradise Fly Up Your Nose,\" \"Out Behind the Barn,\" and \"Take An Old Cold Tater (And Wait)\" are among his fans' favorite tunes. Another is \"I'm Little, But I'm Loud.\"

The 4-foot-11-inch artist was inducted into the Country Music Hall of Fame in 1983. He is survived by his wife, Mona Dickens, and two daughters.

The Opry's news release said plans were still being formed for a funeral, as well as a public viewing and service.