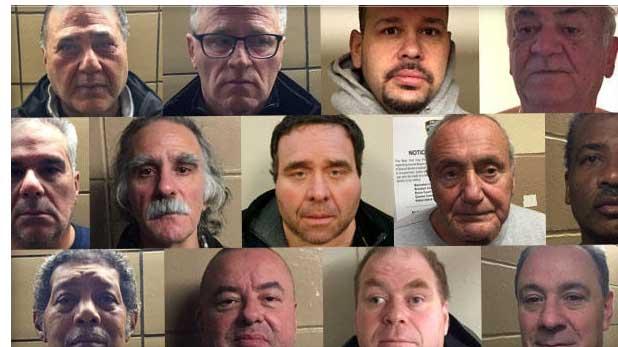 NEW YORK (CBS NEWS) -- More than a dozen reputed members of New York’s infamous Genovese crime family have been arrested on a slew of charges stemming from a bust dubbed “Operation Shark Bait.”

The defendants allegedly ran the multimillion-dollar gambling operation through a “wire room” in Costa Rica that handled wagers on college and professional sports.

Investigators captured much of the suspects’ alleged illegal interactions through intercepted conversations.