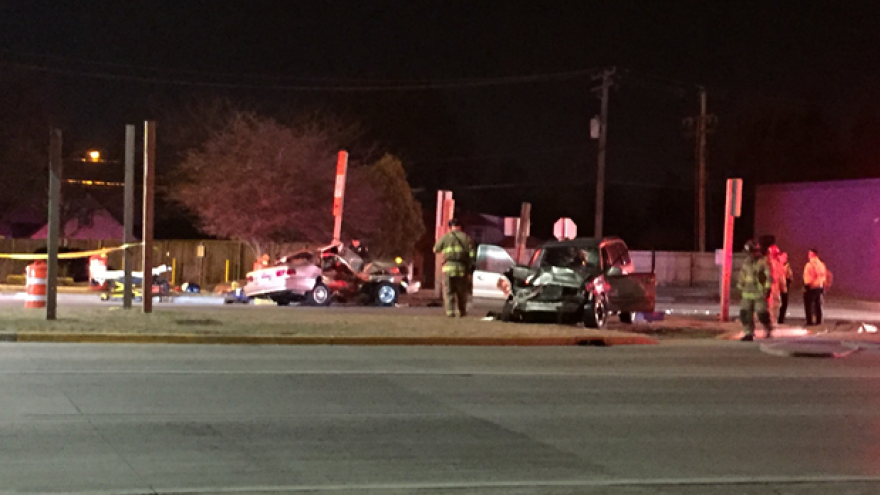 West Allis Police and Fire Departments were called to the scene of a major two-vehicle accident this morning at S 98th Street and W Greenfield Avenue around 1:15 AM Thursday morning. The striking vehicle was traveling west on West Greenfield and struck a car turning north at the intersection with South 98th Street.

According to police, the driver of the striking vehicle fled the scene on foot and was taken into custody after a short foot chase.

The driver of the struck vehicle died on scene and is identified as a 50-year-old man from Menomonee Falls. The driver and passenger of the striking vehicle both sustained injuries and are being treated at a local hospital.

The crash remains under investigation. Speed and alcohol are believed to be factors in the crash.

Greenfield Avenue was closed for about four hours Thursday morning due to the accident.