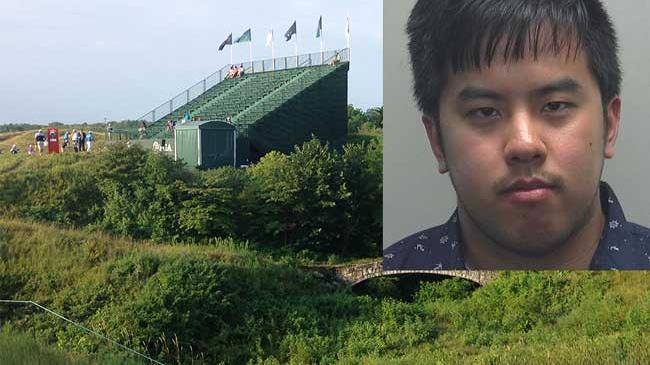 A Sheboygan man allegedly stole a large Omega clock valued at $8,000 from the Omega tent at Whistling Straits on August 15.

Hugo Nguyen is charged with theft which is punishable up to six years in prison.

Staff members told Sheboygan County Sheriff's Department the clock was unable to be stolen unless it had been rattled for at least a minute to remove the pin securing it. The clock was made of chrome, metal and appears to be an Omega watch.

Nguyen was detained south of the main gate on Lakeshore road attempting to leave the area on a bus.