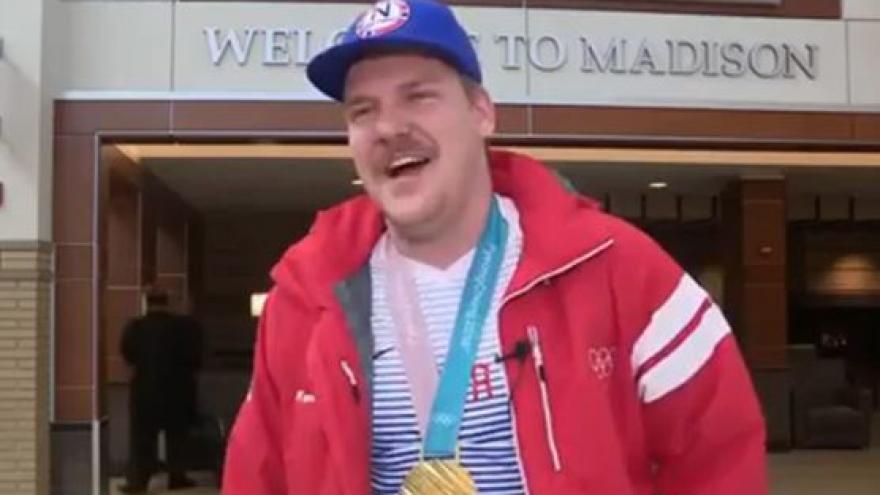 The Olympian arrived at the Dane County Regional Airport Monday afternoon around 12:30 p.m.

Hamilton was greeted by friends and family. He was also welcomed home by his 2-year-old golden retriever.

"It's really nice to be back home, kind of a sigh of relief...happy to sleep in my own bed, and be in my own abode again," Hamilton said.

Hamilton was part of the USA curling team, which won the gold medal on Saturday.

"Nothing's sunk in yet. I just feel exceedingly popular, but it's hard to believe that a dream has actually come true, I guess," Hamilton said. "At one point I just thought that making the Olympics was a dream come true. And then we're like, 'Well as long as we're here, we might as well play our best and see if we can't win.'"

Hamilton also told News 3 that when he flew home, his gold medal needed its own bin to go through airport security. He flew back from the games with his sister Becca.

The McFarland native said that he has received unbelievable support from fans, family and friends.

"I want to say thank everybody who followed me and supported me and has given me words of encouragement. It's been great. It's just been overwhelming, kind, gracious fans," Hamilton said.