Multiple agencies respond to explosion, fire at industrial plant in town of Eagle

EAGLE, Wis. (CBS 58) -- Fire crews from all across Southeastern Wisconsin have been working to put out a 5th alarm box fire that sparked after an explosion at a manufacturing company in Waukesha County on Thursday.

All 24 people inside at the time made it out alive. Six people, including three firefighters, suffered injuries.

Larry Chapman, the owner of Summerset Marine Construction, drove in to work around 8 a.m. to find his business completely up in flames.

One employee was taken to the hospital for a broken femur. Chapman said he needed surgery.

"One of our employees was very heroic, and dragged two (others) out right away," Chapman said.

Waukesha County Sheriff's Office and Kettle Moraine Fire Department were on scene within minutes after a call came in for a possible explosion at Summerset Marine Construction. Flames burst throughout the entire building by the time crews arrived.

"There was an explosion very quickly after the initial call of fire, and those subsequent explosions continued for approximately 30 minutes after firefighters and law enforcement arrived," Western Lakes Fire Department Assistant Chief Matt Haerter said.

There are no water sources, like fire hydrants, along Chapman Lane. Trucks from counties all across Southeastern Wisconsin carried water in from town and nearby lakes.

"This has been a defensive fire, the entire fire attack, which means that the firefighters were never able to go inside of the building. There was significant structural collapse prior to the firefighter arrival, due to what occurred inside," Haerter said.

Three firefighters suffered heat related injuries. One was transported to the hospital in good condition.

Crews fought the fire from outside for most of the day before excavators could get underneath the metal roof and put the fire out at its source.

"Many difficulties were encountered with this incident that encompass primarily a fuel farm that is within the facility comprised of diesel and also liquid petroleum," Haerter said.

Chapman said his employees are routinely trained for safety, and on days like today, he's grateful for that.

"We're going to get through this. It's a tough time for our company, but we'll buckle down, persevere, and make sure people provide for their families and customers are taken care of," Chapman said.

There is no danger to the community and neighboring businesses.

There is a shelter-in-place order for people who live within a one mile radius of the building. That is because of the smoke. There are no hazordous materials inside.

The investigation is ongoing. Officials do not believe the cause is suspicious.

This fire is still active. With no fire hydrants nearby, trucks are going back and forth into town for water. Officials tell us there were 6 people were injured (3 employees and 3 firefighters). Expecting another update at 1:30pm. @CBS58pic.twitter.com/cqDuWwAWCh 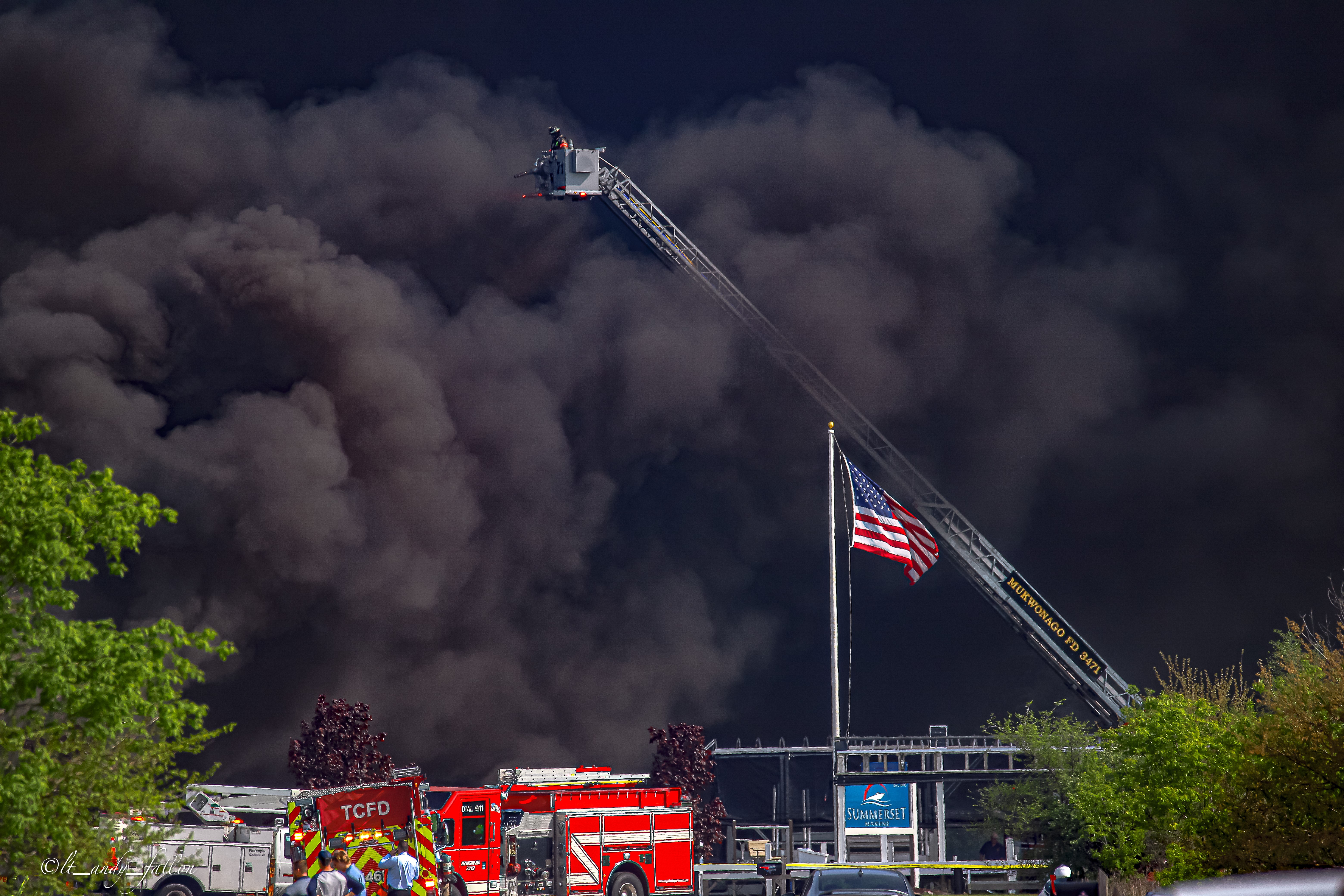