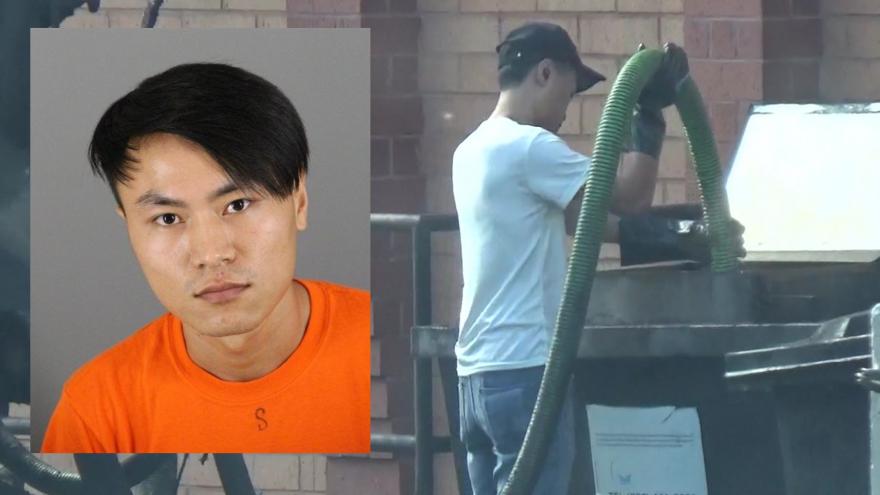 Undercover video from a private detective shows the alleged thief using a tube to siphon used cooking oil in the back of the restaurant Golden Chicken. The owner, Barry Bloom, caught him in the act.

According to New Berlin police, 28-year-old Xulin Dong hit up three different restaurants on the same day. They believe he's working with a group out of Chicago.

"To steal the used cooking oil, you need a special truck with special equipment, so this is an organized, usually a group of people who do this," said Captain Mike Glider, New Berlin Police Department.

The yellow grease is collected and recycled by companies, like Sanimax, then made into biodiesel. It's worth about $2 a gallon.

"That's stealing, because someone else's business is being taken away and I think it should be penalized by the law," said Robert Woolfolk, Taco Amigo manager.

Dong's final stop before getting arrested was Big Tuna. Authorities say he likely collected about $600 worth of used grease.

If convicted, Dong faces more than two years in jail.