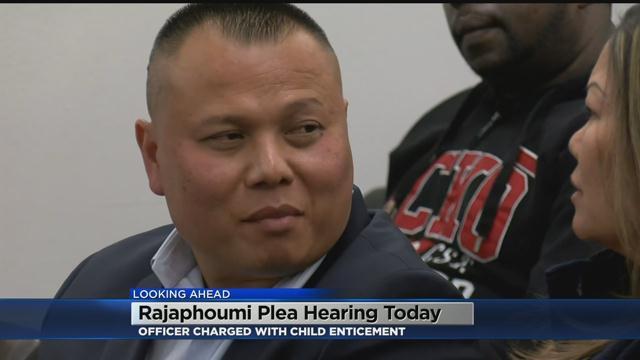 The Milwaukee Police Officer charged with child enticement pleaded no contest in court today as part of a plea deal.

Sonthana Rajaphoumi was accused of soliciting underage girls while on duty.

His charges were reduced to two counts of causing mental harm to a child.

According to the criminal complaint, he asked to see what was under a 15-year-old girl's shirt.

He was ordered discharged from the force by Police Chief Ed Flynn last month.

He will be sentenced in February.