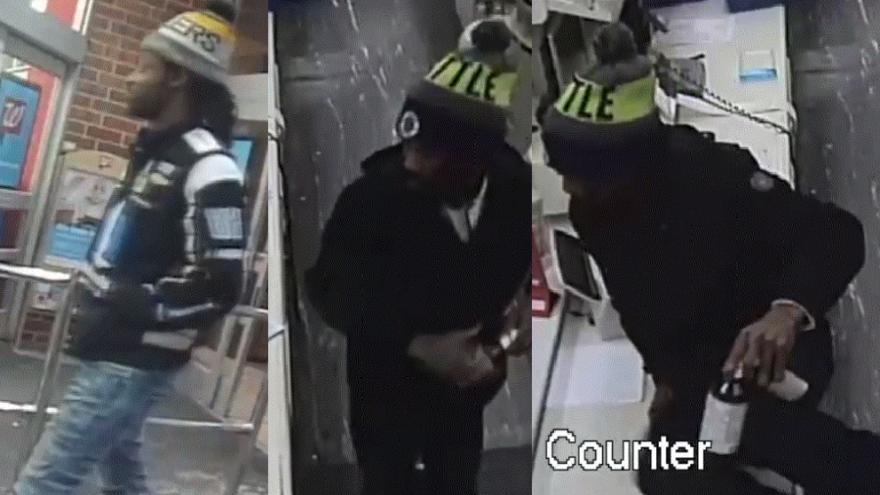 OCONOMOWOC, Wis. (CBS 58) -- Oconomowoc Police are searching for suspects who jumped over a Walgreens pharmacy counter and stole medication on Monday, April 23 just after 4 a.m.

The two suspects arrived in the parking lot in a silver colored SUV possibly a Mitsubishi or Kia.

One suspect distracted the pharmacist and got him away from the Pharmacy while the second suspect hopped over the counter and stole two bottles of medication.

The first suspect is described as a black man in his late teens or early 20s and described as thin with long, curled hair past his shoulder. He was wearing a “Dale Earnhardt #88” NASCAR black and white colored Team Jacket with “Nationwide” Insurance Logo on front/back and #88 on upper left sleeve. He was also wearing a Pittsburgh Steelers Football Winter hat with “Steelers” across front, light colored blue or gray faded jeans and dark and light gray colored shoes.

The second suspect is described as a black man in his late teens to early 20s about 5'10" tall and thin. He was wearing a green and white Seattle Seahawks football team winter hat, dark hooded Jacket with a logo on the left upper sleeve and logo on front right side of jacket with a white t-shirt underneath. He was also wearing baggy blue jeans and gray Nike Athletic shoes with white swoosh logo.

Anyone who can identify the suspects or who has more information is asked to call 262-567-4401.