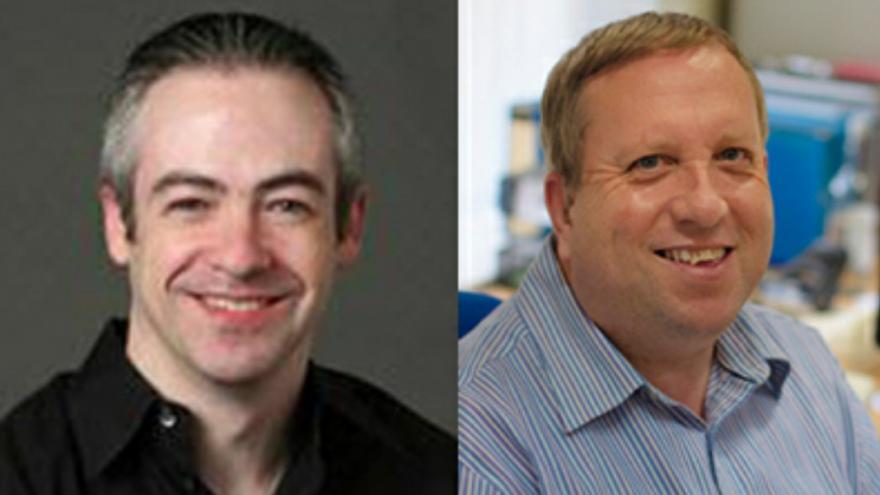 (CBS) — The Northwestern University professor and the University of Oxford employee wanted in connection with a man’s fatal stabbing in River North are in police custody in California, Chicago Police announced late Friday.

Wyndham Lathem, 42, and 56-year-old Andrew Warren are wanted on first-degree murder warrants for the July 27 stabbing death of 26-year-old Trenton James Cornell-Duranleau, at Lathem’s apartment in the 500 block of North State Street.

Lathem was an associate professor of microbiology and immunology at Northwestern, while Warren is an employee of Somerville College, under Oxford, in Great Britain.

The pair of suspects was the subject of a national manhunt. Their apparent capture was announced Friday night on Twitter by CPD spokesperson Anthony Guglielmi, who said the U.S. Marshals Service handed the suspects to Oakland, Calif. police.

Police have said officers were called to Lathem’s building on July 27 to conduct a well-being check after an anonymous caller reported a possible crime in the professor’s 10th-floor apartment.

Lathem and Warren allegedly traveled to Lake Geneva, Wisconsin, after the murder and made a $1000 donation to the Lake Geneva Public Library in the victim’s name after committing the murder, according to Guglielmi.

Their relationship to Cornell-Duranleau is unclear, but Lathem and the victim are listed as friends on Facebook. Police said Warren has no apparent connections to Northwestern, and it’s unclear why he was in Chicago.