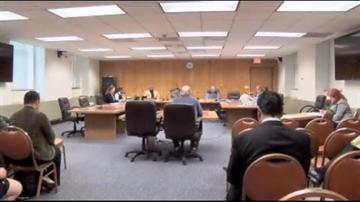 County officials selected 20 candidates from different sectors of mental health to serve on the new board created under Wisconsin's Act 209.  Nominees addressed the Health and Human Needs Committee at a meeting Wednesday afternoon.

\"You cannot make money off treating the chronically, severely mentally ill, it's a societal obligation,\" said Dr. Robert Rawski, a psychiatrist and a nominee for the board.

\"They end up being criminalized,\" said Dr. Rawski, \"instead of hospitalized.\"

Milwaukee Police said last week they get about 26 mental health related calls a day.  Many say Milwaukee County can do better for the mentally ill.

\"I feel that a lot of people are falling through the cracks,\" said Tamara Ferber, a certified peer specialist, who's also a nominee for the board, \"and don't have a voice or don't know they have a voice.\"

\"There is a lot of stigma and that is with the resistance comes,\" said Ferber.

Many nominees believe with resistance, sometimes comes danger, including cases like the fatal shooting on April 30 at Red Arrow Park.  Police say Dontre Hamilton died after a heated exchange with a Milwaukee Police Officer.  Officers say Hamilton took the officers baton and hit him during the encounter.  The officer shot Hamilton several times before he died.

Dr. Rawski says Hamilton's case is just one of many and something must be done to address these situations.

\"Putting them in jail never fixes the problem,\" he said, \"it only makes it worse.\"

The Milwaukee County Board of Supervisors will vote on these recommendations Monday, before submitting nominations to the Governor's office. The Governor's office will choose one representative in each of the following sectors: Psychiatrist/Psychologist of Adult Behavioral Health, Psychiatrist/Psychologist of Child Behavioral Health, Community Stakeholders, Nurse, and Community Health Care Provider.