No Charges in Kenosha Police Shooting 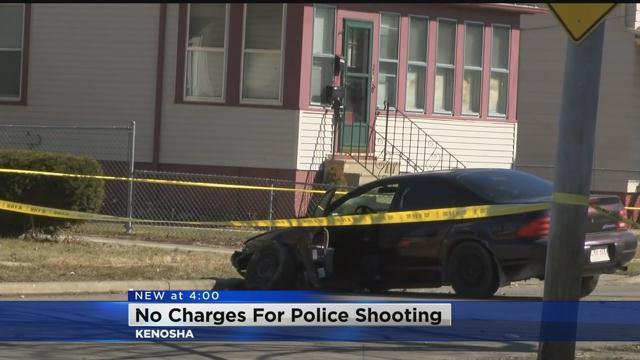 The Kenosha District Attorney announced this afternoon there will be no charges against Officer Pablo Torres who shot and killed a man nearly one year ago.

That man, Aaron Siler was wanted on a felony warrant.

He led police on a pursuit and chase that ended in the fatal shooting.

At the time Officer Torres reported he thought Siler was holding a lead pipe.

The investigation found it was in fact a plastic bucket.

This was the second shooting for Officer Torres in a matter days.

Some of the family walked into the press conference wearing shirts to support 26-year-old Aaron Siler and were crying during the announcement.

Siler was shot by a Kenosha police officer, Pablo Torres about a year ago.

The officer had just returned to work for shooting a different suspect a week and a half earlier.

The officer was trying to arrest Siler for not checking in with a probation officer when he was shot after a police chase.

The district attorney says the officer was reasonable to think his life was in danger, and showed evidence, played 9-1-1 calls, and looked at the chase information.

The DA said Siler didn't have a deadly weapon in his hand, but still he says he made motions that looked aggressive.

He said his decision looked at crime reports, the use of force expert reports, and witness statements said Siler did try to grab something.

The civilian witnesses confirmed that just before being shot Siler had grabbed a jack handle pipe but because it was attached to floor jack and too heavy he released the floor jack pipe and then grabbed the bucket.