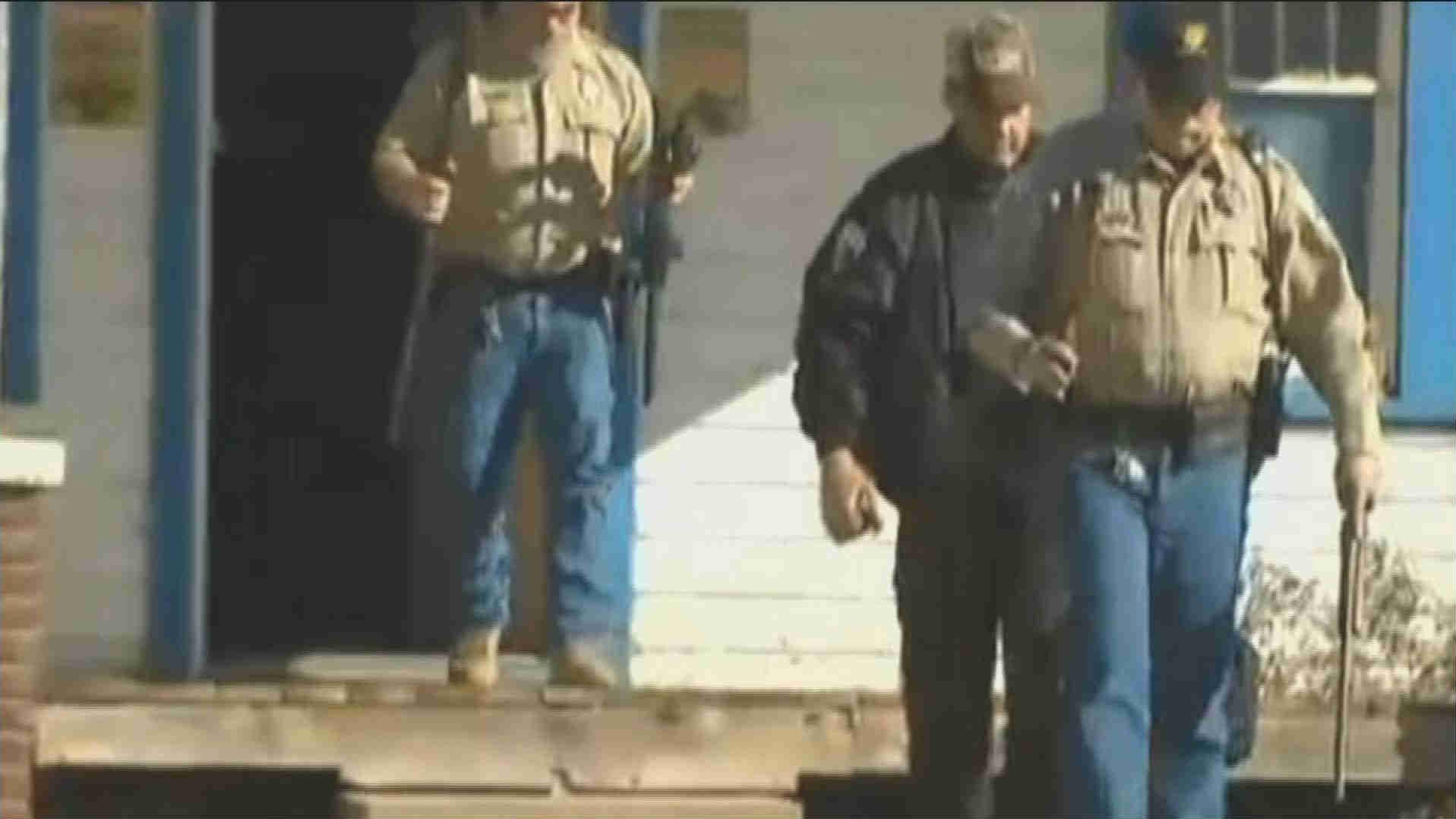 (CNN) -- No charges have been filed against a man who shot the police chief of a small town in Oklahoma four times, the Oklahoma State Bureau of Investigation says.

Sentinel Police Chief Louis Ross was shot Thursday morning after he entered a house looking for the person who allegedly phoned in a bomb threat to a Head Start center, CNN affiliate KFOR reported.

Ross was shot by the man living in the house, KFOR said. The chief had just donned a protective vest, which is credited with saving his life, the OSBI said in a press release. His condition was not available Saturday night.

\"The man who shot and wounded the Sentinel police chief will not be arrested at this time,\" the release said. \"OSBI investigators have extensively interviewed the man. Facts surrounding the case lead agents to believe the man was unaware it was officers who made entry.\"

The OSBI said somebody called 911 about 4 a.m. Thursday to report a bomb had been placed in the Head Start center.

While a bomb squad searched the building and didn't find any explosives, the chief and deputies went to the home where they thought the bomb threat originated, the OSBI said.

\"They made entry, cleared the first bedroom, started to clear the second bedroom, he opened fire on police and shot our chief three times in the chest and once in the arm,\" Dlugonski told KFOR.

The resident, who was not hurt, surrendered to police after the shooting.

In a press release issued Friday, the OSBI said it had determined the bomb threat call did not originate from the man's house. Dlugonski said the caller used the resident's name, KFOR reported.

KFOR reported that officers entered the house without a search warrant.

One Sentinel resident said he understood why the shooting happened.

\"This is country, this ain't Oklahoma City,\" Jimmy Rhoades told KFOR. \"You're taught from a young age that if somebody comes into your house to shoot.\"

Ross was wearing a protective vest loaned to him by a Washita County deputy, the OSBI said.