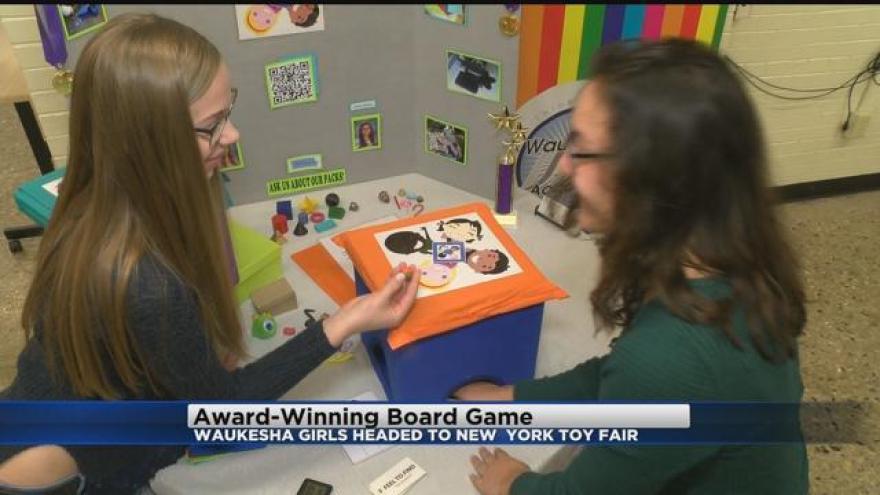 Two ninth graders from Waukesha will be attending the annual toy fair in New York City this weekend.

The board game they created won the "Youth Inventor Challenge" at the Chicago Toy and Game Fair last December.

Jasmin Erickson and Julia Herod said they came up with the concept two years ago at the Waukesha Stem Academy.

It's called Feel to Find.

They describe it as a sensory game where you feel around a box, trying to find an object without using your eyes.

"Julia had a lot of the brains, I would say. She kind of came up with the actual idea. And then we merged ideas together,” said Jasmin Erickson, freshman, Waukesha West H.S,

Even though the girls are too young to compete at the New York event, they were awarded a special behind the scene tour, and a chance to rub elbows with other people in the board game industry.