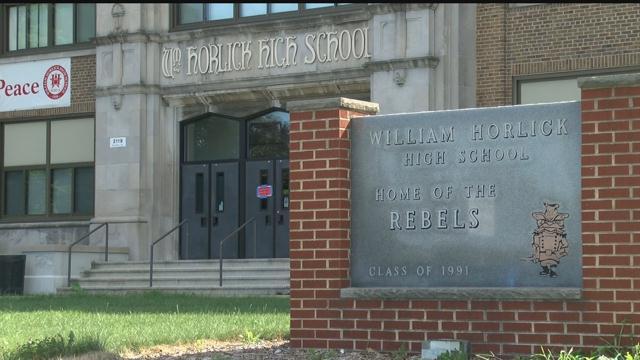 CBS 58—The Racine Police Department and the Racine Unified School District are bringing the idea of community policing into the schools.

Monday night the district’s school board unanimously approved a plan to add two full-time resource officers, one at Horlick High School, one at Washington Park High School. The 40 part-time officers who already work short shifts within the district will continue that work.

“That opens up the door for more trust, between students and police officers, and that’s the idea behind the entire model,” said Dr. Eric Gallian, the deputy superintendent for the district.

The goal is to build trust between the students and police, and improve the educational environment.

“If we can micro-target the students in terms of creating the safer environment, we just believe that graduation rates will increase, and it will just be an overall better scenario for our entire community,” said Racine Police Chief Art Howell.

The police department and school district started developing this plan a few years ago, but  the implementation comes at time when police-community relations are strained in cities around the country.

“As you can see with the national narrative, there’s some friction between communities of color, in particular, and police agencies,” Chief Howell said. “So, simply, what we wanna do is just make sure that we have a great report with the people that we serve.”

The resource officers will be embedded in to the school community, with the hope that they won’t just respond to problems, they’ll be there before problems start.

“Our goal is one, to really create an environment in the community, where by students don’t see officers as a threat,” Dr. Gallian said. “They see officers as someone they can approach.”

Chief Howell says officers will also see a pay-off when the are patrolling the streets.

“If we develop a certain amount of report and trust with the young people, then that’s more than half the battle because these are the people that, when we respond to calls, we have to witnesses, and we have to talk to people,” Chief Howell said.