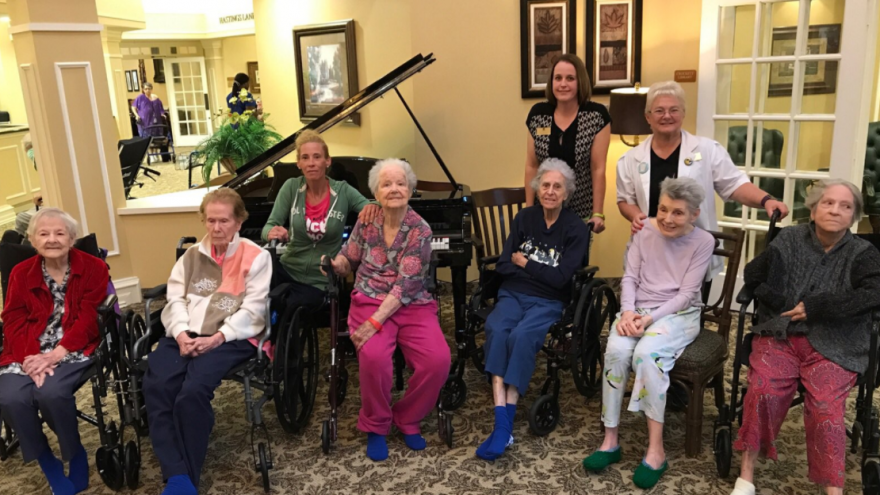 DICKINSON, TEXAS (KHOU) -- We have another update to that dramatic viral image of elderly residents trapped in waist-deep water in a nursing home amid catastrophic flooding.

The original photo was taken Sunday inside the La Vita Bella home in Dickinson.

The photo was tweeted just before 9 a.m. by Tim and Kim McIntosh, nearly 1,000 miles away in Tampa, with a desperate plea for help. Kim told WTSP her mother owns the facility.

“Thank you to the National Guard & the Galveston City Emergency crew for our rescue” Timothy McIntosh tweeted. 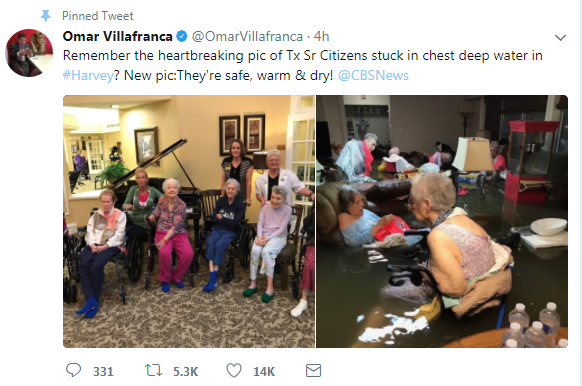