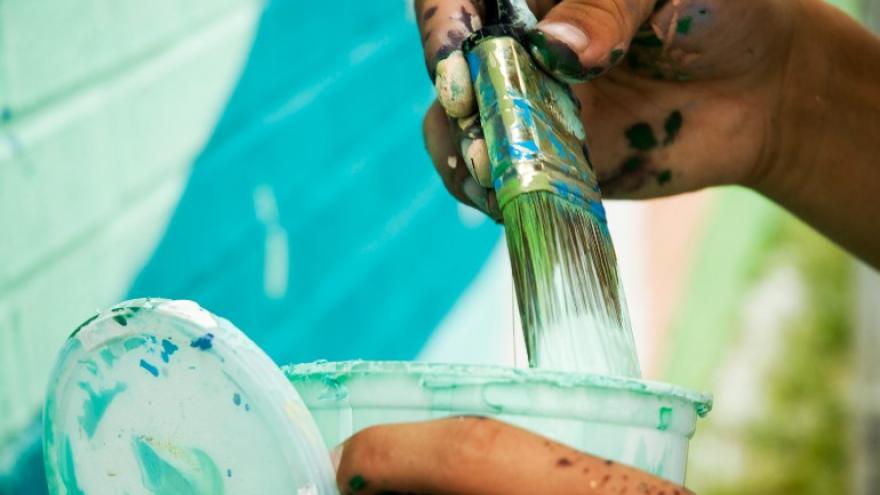 MILWAUKEE (CBS 58) -- Artists will officially unveil one of Milwaukee's newest murals at 3 p.m. Sunday, Aug. 16 during an afternoon ceremony.

The mural is located at 14th and Vilet St. It wraps around two walls of a corner building.

Several artists collaborated on the mural.

Andre Lee Ellis, one of the leaders featured in the mural, will emcee the press conference, and include a blessing, as well as remarks from Taylor, Alderman Russell Stamper, and several artists. Dasha Kelly will also give a special performance.

A fashion show themed "I Am Art" will feature local designs from the Therese Marie Collection.

"Supervisor Taylor recently joined with community organizer Sam Alford (also featured) to establish Art-I-Culture (pronounced “art-a-culture”), which now serves as an umbrella group for the artists collective and other working to create social justice themed murals around the city," a news release stated.

The group also plans to develop the mural and adjacent open spaces on the 1300 block of Vilet into an outdoor civil rights museum with more murals.

The group, commonly known as the Muralists-in-Love or "MiL" Collective, is responsible for the murals on North and Holton, Center and Holton, Locust and Holton, as well as 6th and Greenfield.