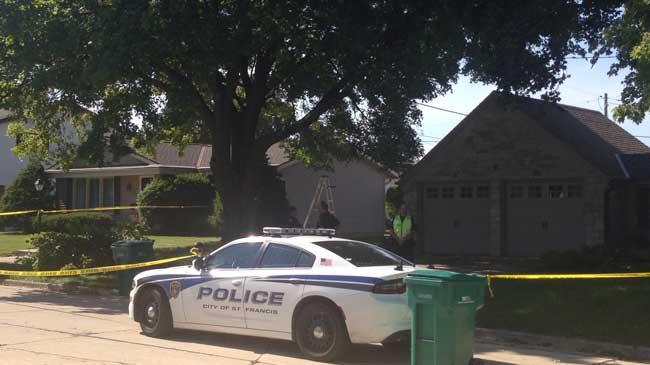 69-year-old, Blas Berumen was helping his son trim trees when a tree branch broke off and hit him in the head, knocking him off a ladder.

On September 23rd at 10:55 AM, South Milwaukee Fire Department was called to 2727 East Crawford Avenue in St. Francis for a report of a man working on trimming a tree in his yard when a branch fell and hit him in the head, knocking him off his 8 ft ladder.

Berumen was at his son's residence, helping his son trim trees in the yard. The son had called WE Energies to come and trim the trees as they were near what were believed to be powerlines.  WE Energies spokesperson Brian Manthey confirmed WE Energies did inspect the lines and the tree, and found the  lines were not power lines, instead they are cable and telecommunications lines and not the responsibility of WE Energies.

The son, Blas, indicated his father came to help him do the trimming on their own. While Berumen was on the ladder, sawing one of the branches, the branch broke off and swung towards him, hitting him in the head and knocking him off the ladder.

When paramedics arrived they found Berumen lying on the ground with agonal breath sounds. The decedent's initial vitals were good and he was breathing on his own. His head and neck were stabilized and Flight for Life was called. Berumen was moved to an open lot at nearby Deer Creek Intermediate School where he waited for Flight for Life.

Upon arrival of Flight, the decedent became unresponsive. He was intubated and CPR performed for 15-20 minutes. He could not be resuscitated and death was pronounced at 10:34 AM.

According to the Medical Examiner, the cause of death is blunt force head injury.