New info released after semi truck fire on I-94 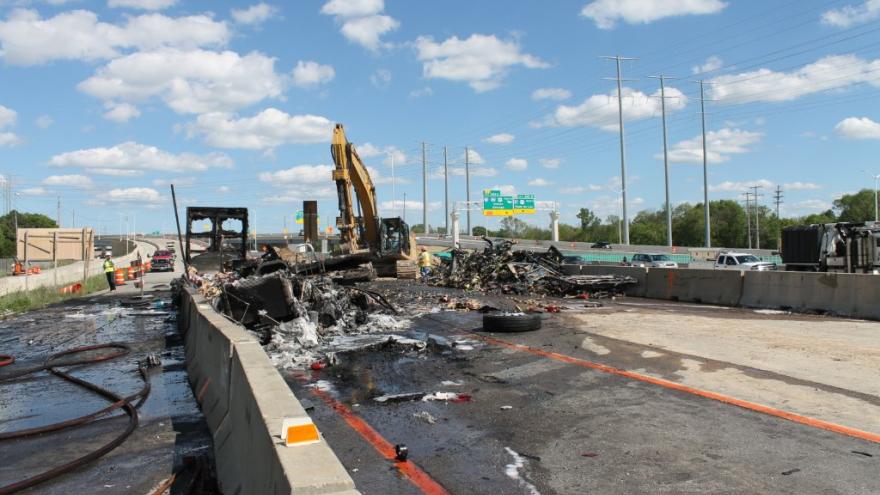 Wednesday at 2:13 PM the Wauwatosa Fire Department responded for a two-vehicle crash resulting in a large fire on the ramp from I-41 southbound to I-94 westbound.

When firefighters arrived they found a large semi-truck with both the tractor and trailer fully engulfed in flames. The semi was pulling a trailer filled with food and drink products. The truck, trailer, and products were completely destroyed as a result of the fire.

A second, smaller car was also involved in the accident and did suffer some fire damage.

The occupants of both vehicles got out of their car safely and no one was injured.

Due to the location and a lack of nearby fire hydrants, firefighters had to request water trucks from Elm Grove and New Berlin. Crews remained on the scene for over three hours in order to completely extinguish the fire.

I-94 west was closed for a short-time and the N-W ramp remained closed until early Thursday morning.