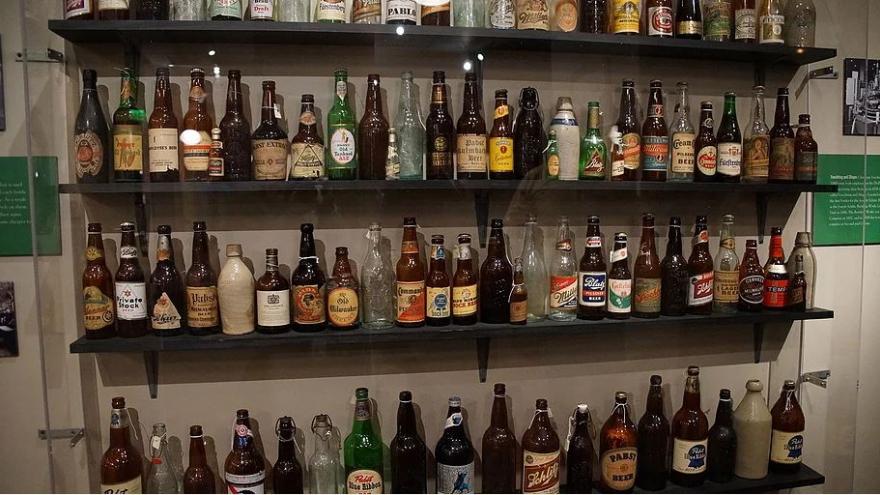 MILWAUKEE (CBS 58) -- On Wednesday, the Milwaukee County Historical Society will open a new location, Brew City MKE, a place for people to learn about and participate in Milwaukee’s beer heritage. Featuring a 2,700 square foot beer and brewing exhibit and a Milwaukee Beer Bar, Brew City MKE will be located on Wisconsin Ave. at Third St. in The Shops of Grand Avenue. The exhibit is a version of the successful 2016 beer and brewing exhibit at the Historical Society that proved to be very popular.

“With broad interest in beer across the nation, and with Milwaukee’s reputation as Brew City, it seems only natural that this city would become home to a Beer and Brewing Heritage Destination that explores Milwaukee’s deep beer and brewing roots,” said Ben Barbera, curator at the Milwaukee County Historical Society. Brew City MKE will invite people to dive into this history through a combination of artifacts, text and images, interactive and audio-visual components, and hands-on opportunities. Visitors will be invited to enjoy a complimentary beer (with museum admission) during their experience and will end their visit by exiting into the bar area. The bar, which will also be open to non-museum visitors, will have a retail section and a space for small programs to take place such as tap takeovers and “Meet the Brewer” events. A range of Milwaukee beers will be available with a rotating list representing many Milwaukee breweries.

Brew City MKE is a unique destination in that it merges the past and the present into one experience,” said Mame McCully, executive director of the Milwaukee County Historical Society. “Milwaukee has deep beer and brewing roots and the stories are interesting, but the great thing is that this story is still unfolding.” Milwaukee, like many cities, has had a boom of new microbreweries in the last few years but this isn’t new to Milwaukee. This first occurred 175 years ago when breweries like Miller, Pabst, Schlitz and Blatz were established, and thirty years ago when microbreweries like Sprecher Brewing and Lakefront Brewery opened. Visitors to Brew City MKE will understand this rich culture while enjoying a very authentic Milwaukee experience. “We are excited to offer an innovative and interesting way for people to enjoy Milwaukee’s history and beer and brewing culture,” said McCully.

After the official opening ceremony, Brew City MKE will be open Tuesday, Wednesday, Thursday and Sunday, 10 a.m. to 6 p.m.; Friday, 10 a.m. to 8 p.m.; and Saturday, 10 a.m. to 10 p.m. Hours may change depending on the response from the public. Information will be available at BrewCityMilwaukee.com.