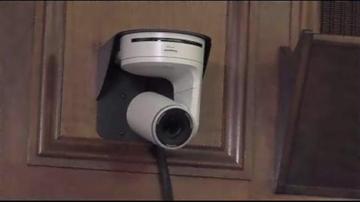 Kenosha-- Prosecutors in Kenosha County say two people who placed hidden cameras in a women's locker room at an athletic center in Pleasant Prairie, did the same thing at their former workplace.

27-year-old Melissa Wenckebach and 36-year-old Karl Landt were charged with 214 counts with capturing an image of nudity, a felony.

They were also facing three dozen counts for allegedly videotaping women and girls changing clothes inside a locker room at the RecPlex athletic center in Pleasant Prairie.   A new criminal complaint filed Thursday claims they did the same thing in the women's locker room at Uline, a packaging materials distributor also in Pleasant Prairie where the two worked before they were fired.

A conviction on all 214 counts carries a maximum punishment of $2.1 million in fines and 700 years in prison.  Both Wenckebach and Landt were released on $10,000 bond.