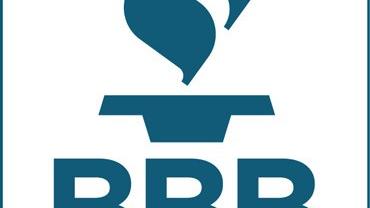 An 86-year-old New Berlin man says he's out one-thousand dollars, thanks to a group of bogus contractors. Police say he's not the only one. Two others had money and jewelry stolen by people who claimed to be driveway sealers. The Better Business Bureau says they see this type of report yearly. They say it's as easy as doing a quick search of the contractor, to see if they're legitimate. Unfortunately, the ones who went to Herb Cooper's house were pretending, and got away with money he spent years saving up.

"There's so many things I could have used that money for," Cooper said.

The bogus roofers went to Herb Cooper's house on a recent Sunday, which was a red flag in itself.

"Usually a contractor don't do work on a Saturday or a Sunday," he said.

But the men had a story.

He took their word for it because of how they sweetened the offer.

"I'll give you a good deal, I'll do it for a hundred dollars," Cooper said of their offer.

Cooper accepted and went to get the cash as one of the other guys asked to use the bathroom. That guy ended up stealing $900 more, money Cooper had been saving for three years.

"Each summer we get this in our area," said Sgt. Daniel Hanlon from the New Berlin Police Department.

Sgt. Hanlon says they work in pairs or groups, and tend to target the elderly.

And their gypsy-like lifestyle makes it harder for police to find them.

"We want residents to be alert, to be aware, to report license plate numbers. We know a lot of these individuals stay in the area only for a short time," Sgt. Hanlon added.

But in that short time, they did some shoddy work to Mister Cooper's roof, and drained him of the money he needs to live.

Ask for identification. A reputable seller will provide you with all of the information you request, including a photo ID and a business card containing the business name, address, and phone number.

Verify the individual and the business. If you’re interested in doing business with the solicitor, get everything in writing. Tell the solicitor you will look into it and get back to them if interested.

Read the contract. Make sure you understand and agree to all of the terms and conditions before signing a contract. Watch out for high-pressure sales tactics.

Inquire about licensing. Many cities require door-to-door salespeople have a solicitor's license. Ask the salesperson to show you their solicitor’s license.

If you’re unsure if your city requires a permit, contact your city offices.