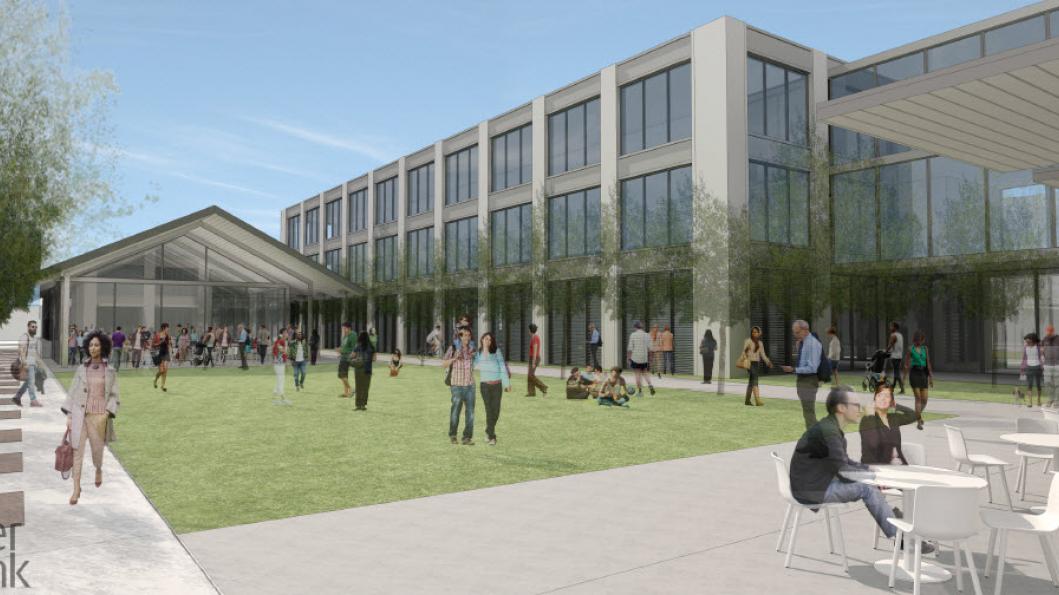 Plans include 24 market-rate apartments, additional retail/restaurant space and an outdoor courtyard that would host events throughout the year, including weekly entertainment offered as part of the adjacent South Milwaukee Downtown Market.

The South Milwaukee Plan Commission heard about the project concept at its meeting on August 22. Vetter Denk plans to return to the Plan Commission at its September 26 meeting, seeking approval on an option to purchase the 0.74-acre, city-owned property at 11th and Madison Avenues.

“This project would be a game-changer for downtown South Milwaukee,” Mayor Erik Brooks said. “It is one of the biggest developments in our city center in decades, and it will serve as a catalyst in our ongoing downtown redevelopment efforts.

“It’s especially exciting to have a first-class firm like Vetter Denk behind this. From the Beerline riverfront condominiums in Milwaukee to their work in redeveloping Green Bay’s waterfront, Vetter Denk’s track record is second to none. They will raise the bar for development, redevelopment, and design across our city.”

Said Vetter Denk co-owner John Vetter: “We are very excited to lead the way in South Milwaukee with a project that conforms to the unique opportunities of South Milwaukee. The recently completed comprehensive plan shows a deep commitment by the city administration and residents to rethink the city for a new age – and this project will serve as a testament to that collective desire.”

The estimated $6.6 million project calls for the following:

The brewery and retail users have not yet been finalized, but there has been strong interest in both spaces so far. Work on securing those businesses will pick up as Vetter Denk finalizes its plans, obtains additional city approvals and seeks to begin construction in the spring of 2017.

The proposed development site is a combination of five parcels the city purchased in 2008 and is in one of South Milwaukee’s four tax increment financing (TIF) districts. Vetter Denk is expected to seek city TIF funding for the project, though the amount is still being finalized.

The development is the latest example of South Milwaukee’s downtown rebirth. The city council recently passed its long-range downtown plan and an expanded grant program for new and expanding downtown business. New streetscaping for Milwaukee Avenue is planned for the spring of 2017, and the city is studying the creation of a downtown business improvement district or a similar organization, as well as membership in the Main Street program.

“This project will be a huge lift for our continued work in our city center,” Brooks said. “It shows that our hard work to redefine what South Milwaukee can be is paying off, and this is just the beginning.”

The farmers’ market, founded in 2009, operates every Thursday during the summer and early fall on 11th Avenue between Milwaukee and Madison Avenues, featuring more than 50 vendors selling produce, prepared foods, baked goods, arts and crafts. “The South Milwaukee Downtown Market was a key factor in choosing this downtown site,” Vetter said.

Said Downtown Market Board Chairwoman Carol Rehak: “The market feels this is a creative use of these land parcels. We are very pleased that the developers are incorporating the South Milwaukee Downtown Market into the design.”