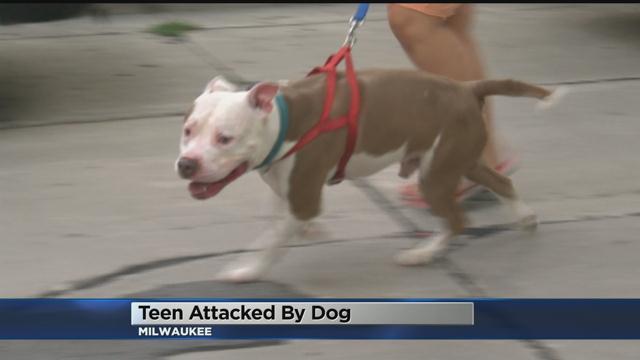 A Milwaukee teenager is being treated for multiple dog bites after being mauled by a pit bull.

The attack happened last night as the girl was playing outside near 88th and Hampton.

That dog and another pit bull owned by the same owner are at MADAC undergoing a 10 day quarantine.

CBS 58 was in the neighborhood this morning and spoke with a couple of neighbors you did not want to go on camera.

One person told me that the girl was just walking by and started running with the dogs playfully and then she was unfortunately bit.

The dog apparently got out through an open door.

However one neighbor who also has a pit bull says he's seen this dog and have never had a problem.

He says while its concerning, he hopes this does not give pitbulls more of a bad rap.

"It kind of worries me, the dogs do that. It's all in their upbringing, in my opinion. The dogs that were attacking were probably treated wrong when they were puppies,” James McCurdy,  neighbor said.

CBS 58 tried speaking with the dogs’ owner this morning however no one answered the door.

Meanwhile police have not said whether or not she will face any charges.