ST. FRANCIS, Wis. (CBS 58) -- A St. Francis neighborhood had to say goodbye to a beloved member of their community recently -- their garbage man. Most everyone who lives there agrees he’s no ordinary trash collector. Since it’s such an essential service, they wanted to make sure they gave him a big send-off.

“It's kind of a thankless job, I would imagine,” said Lori Schultz. “Kind of alone, driving around in your truck, picking up everyone's trash.”

Sometimes though, a job is what you make it. And that’s definitely the case for Matthew Lazarski.

“There's not a lot of people I've talked to who know their garbage men at all, much less their first and last name,” Schultz said.

For nearly five years, Lazarski has been a big part of the week for Schultz and her family.

“Stop on the corner, buddy,” she yelled to her 7-year-old son, Vinnie, as he ran out to meet the garbage truck.

It’s something Vinnie has been doing since he could crawl.

“He would come out with a bottle of water and a bag of snacks for Keith, our first garbage man,” Schultz said.

Vinnie has a photo of that garbage man, Keith, and their current garbage man, Matthew, also happens to be Keith’s brother. This route for Waste Management has been a family affair for years.

“My brother used to tell me about him,” Matthew Lazarski said of Vinnie. “It's his little buddy, and you're my little buddy, too.”

When Keith moved on, Matthew took over.

“All of a sudden the next day, Matthew Lazarski, his brother, inherited his route,” Schultz explained. “And the tradition continued. Vinnie would run out as soon as he'd hear the garbage truck.”

Matthew carried on his brother’s tradition of knowing the neighbors.

“A friendly smile goes a long way in this world. That's how it always starts, with a smile and a wave,” he said, with a smile of his own.

He’s even learned to give a wave with the arms of his garbage truck.

“If you've ever seen the movie "WALL-E," WALL-E waves his little robot arm? I'm like, I can do that with my truck! So, I do with my truck,” Lazarski said.

Lazarski has made friends all over town. He stops and gives kids treats, and some kids chase his truck down the street. 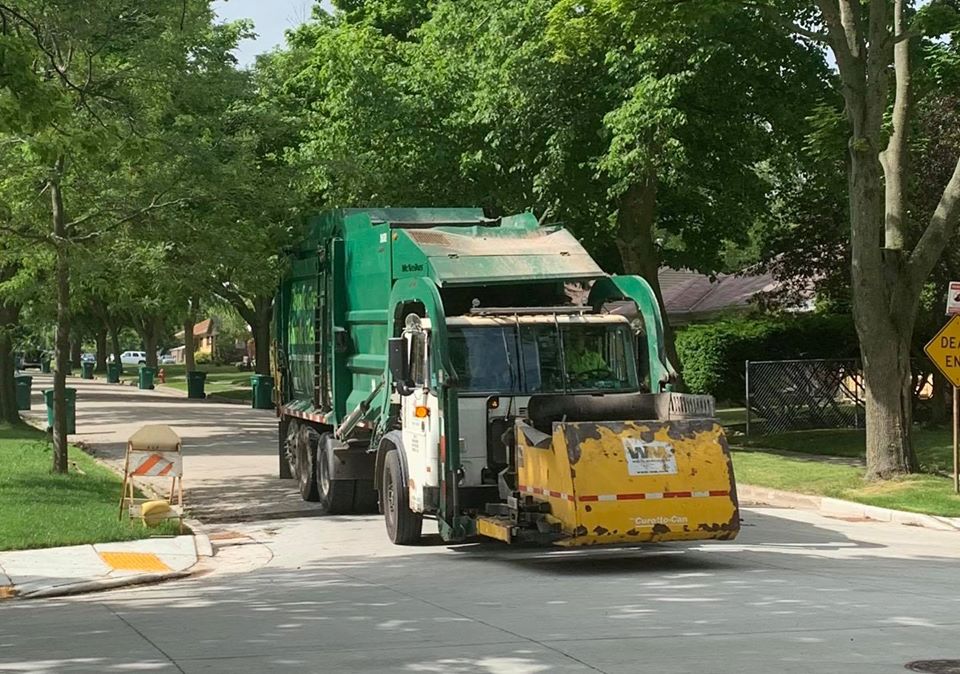 “I try to keep an eye out, see if I see any kids waving and stuff, and I try to always wave back to them,” he said.

But with Vinnie, it’s so much more. On Matthew’s last day, Vinnie dressed up in his reflective vest and hard hat.

“His brother, Keith, he gave me my vest and this,” said Vinnie, patting his hard hat.

“My son has decided that his future career path is going to be a garbage man because he simply wants to keep the earth clean,” said Lori Schultz.

The Lazarski brothers have been an inspiration and that’s inspired the Schultz’s to give Matthew a big good-bye.

“We put out balloons, party steamers, signs, and my four garbage trucks,” said Vinnie, in front of the signs in his front yard. 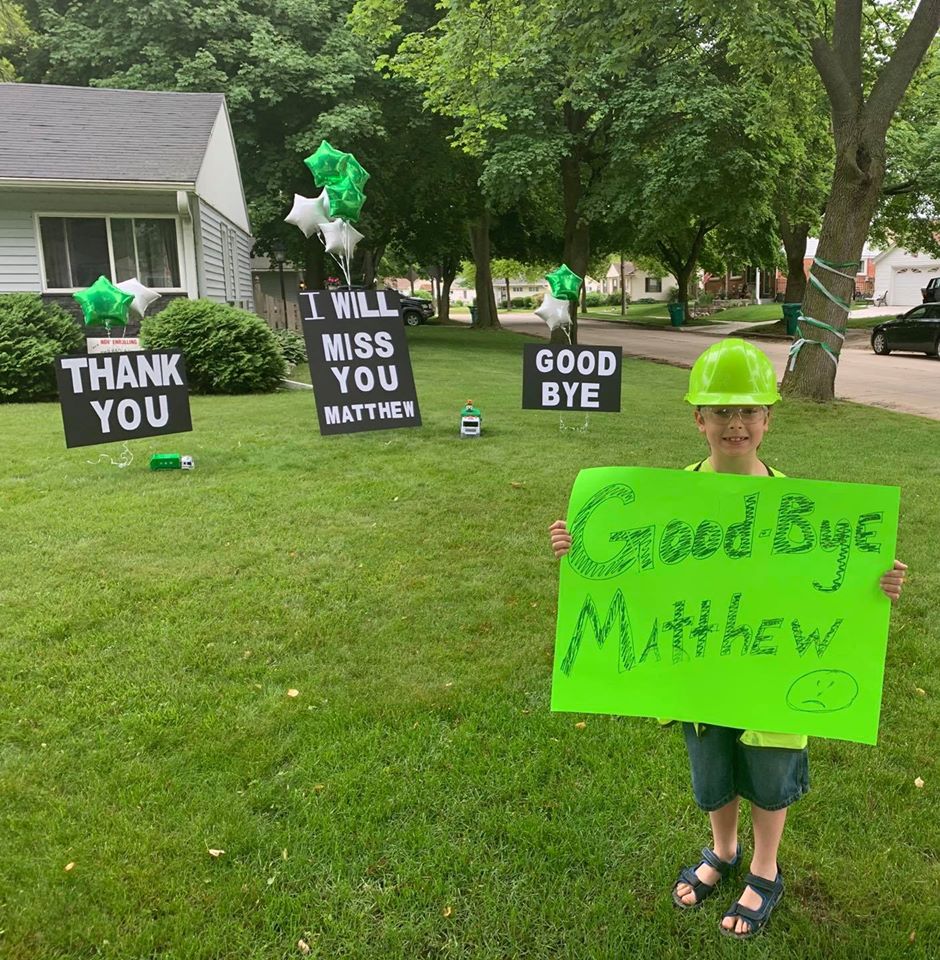 “I guess I just want to say that it's nice to know people are around who are willing to go out of their way to just make a little kid smile,” she said, tearing up.

When you know your garbage man’s first and last name, you may also know his favorite treat is cotton candy.

“Cotton candy was going to the festivals, and that's one treat, my parents would say, you want some cotton candy? Yeah, yeah, yeah,” Lazarski said.

So the Schultz family sent him off with a cotton candy cupcake. Other neighbors clearly feel the same. One woman met him at the trash can with a gift bag and a big hug.

“It's not just a customer, it's not just money. These people are my family,” Lazarski said.

So how does all of this love make Matthew feel?

“I was crying earlier, and I'm a tough guy, I'm not supposed to cry,” he said.

Now he can move on to his next route, knowing he left this neighborhood a cleaner and kinder place.

“I wanted to say thank you as much as I can for the joy he's brought to my son and so many other people in the city of St. Francis,” Schultz said.

Lazarski and the Schultzs are friends on Facebook, and both said they plan on staying in touch.