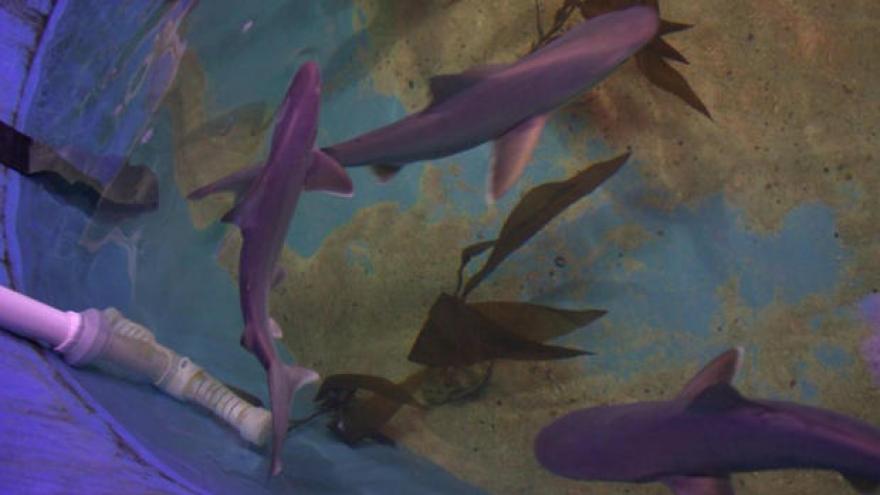 LAGRANGEVILLE, N.Y. (CBS News)  -- It's not your average fish tank.

Officers from the New York State Department of Environmental Conservation carried out a search warrant at home in LaGrangeville, about 90 minutes north of New York City, on August 23, CBS New York reports. They were checking out a report that the home may be harboring illegal wildlife.

Upon their arrival, authorities found seven live sandbar sharks, two dead leopard sharks and a dead hammerhead shark in a 15-foot above-ground pool located in the basement of the home.

McNamee said she's investigated 4,000 cases, but she's never come across anything like this.

"I've seen crocodiles, snakes, some stingrays, and I know there was another case that they had alligators," she said. "No sharks."

The homeowner has not been charged with a crime, and his name and address have not been released.

Investigators said the homeowner was likely breeding the sharks to sell to private collectors.

Sand tiger sharks are a federally protected species, and it is illegal to own them anywhere on the East Coast unless you have a special permit.

People in LaGrangeville were stunned by the discovery.

"I can't believe that this happened here, it's such a small town, and there's no sharks near here, there's no ocean near here," Carmella Antonakos said.

Officials used nets to capture the sharks and remove them from the pool, then the animals were carefully transported to the Long Island Aquarium where they are currently under quarantine and are being nursed back to health.

"These sharks were caught off the coast of Alabama, the Gulf Coast," the aquarium's Katie Marino explained. "We can't put them on exhibit anywhere because if they have some pathogen, that will spread to animals on exhibit."

Experts said the baby sharks are 1 to 3 years old and could grow up to 9 feet long, which is much too big to be kept as exotic and illegal pets.