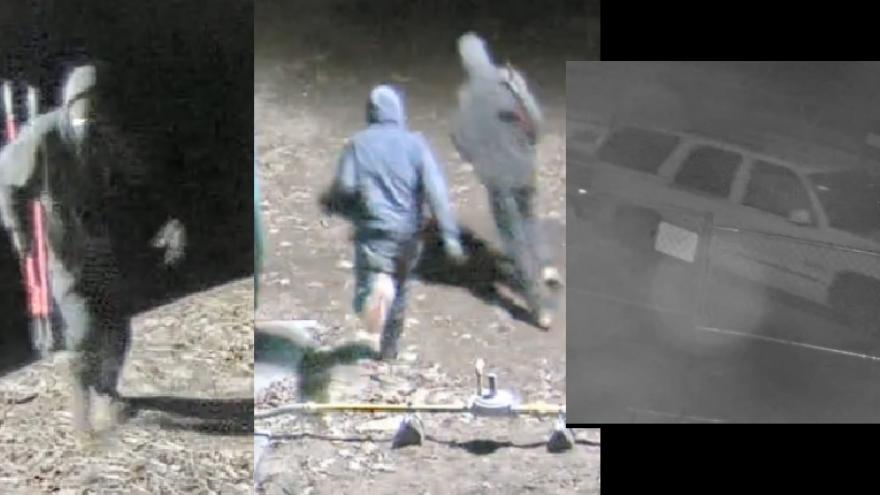 MUSKEGO, Wis. (CBS 58) -- Muskego Police are looking for two suspects who are accused of stealing from two schools under construction.

The suspects are described as white men wearing blue jeans, hooded sweatshirts and light colored shoes. They were driving a white or light colored Suburban-like vehicle.

The men stile spools of copper wire, 20' copper pipes cut on scene into small sections, copper fittings, and power tools. While the suspects were on scene they used a large set of bolt cutters and a cutting torch to get the materials.