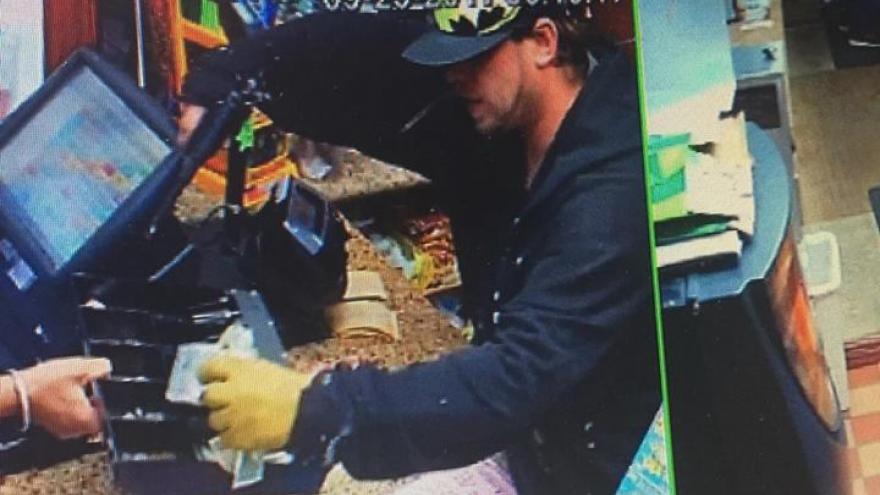 The Muskego Police Department is looking for an armed man suspected of robbing the Mobile Gas Station on Janesville Road near Vine Street  early Saturday morning.   According to the Police, a man with a black semi-automatic handgun entered the business and demanded money.   He then fled on foot with an undetermined amount of cash.

Police officers from Muskego and other departments searched the surrounding area but could not locate the suspect.   According to a news release, the Police did recover some clothing worn by the suspect during the robbery, including a baseball cap with a large, fluorescent Batman logo and a blue jacket with white paint spatter.  For a time during the search, Janesville Road was closed to traffic, but has since reopened.  The Police believe the suspect has fled the area and does not pose a danger to the public.

The suspect is described as a white male,  5’10” tall, weighing 240 pounds with a chin strap type beard and long brown hair.

Anyone with information about the identity of the suspect is asked to contact the Muskego Police Department at 262-679-4130.   A reward of up to $1,000 from Crime Stoppers of Waukesha County is available to anyone providing information that leads to the conviction of the suspect.