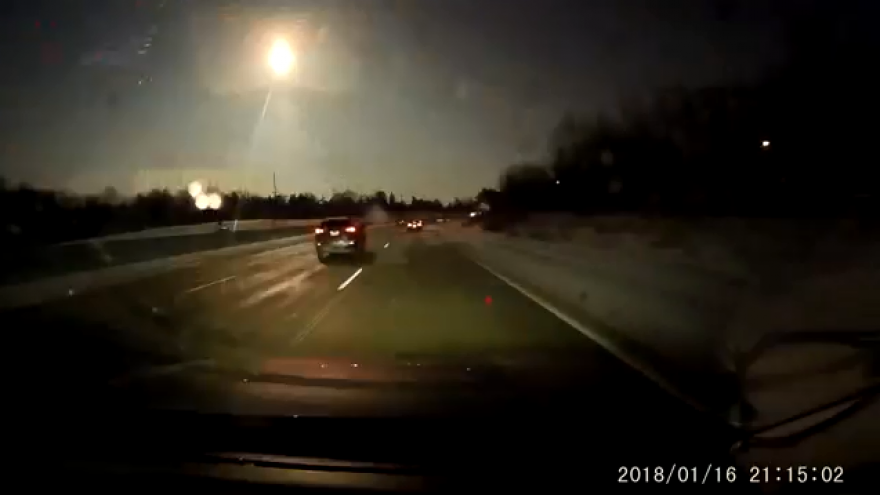 DETROIT (WWJ) – Calls coming in from Ohio to the Thumb  –area residents asking just what was the boom or blast heard just after 8 p.m.?

Homeland Security ending speculation stating a fireball meteor is the source of the mystery in the sky Tuesday night.

Minutes after the eruption — which was seen across many states in the Midwest — the possibilities ranged from ‘thundersnow’ to a meteor.

“Heard a boom and I kind of thought I felt something — and my dog freaked out,” one caller told WWJ.

In a recently deleted reply on Twitter the National Weather Service – Detroit saying that ‘no lighting detected. Appears to have been a meteor.”

The weather service telling WWJ early on that they were ruling out possibilities and had not concluded the actual cause.

In a text alert to residents: “Ingham County Emergency Management Update: Multiple sources report that a fireball meteor was seen over the county earlier this evening. While many also reported an explosion, there is no indication that anything landed on the ground or caused damage. Most likely it was the boom of the meteor breaking apart. And that there is no need to call 911.”