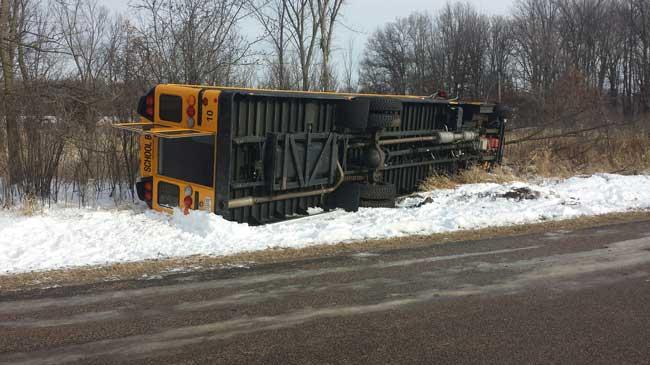 The Juneau County Sheriff's Office, in Central Wisconsin, said multiple children were sent to the hospital with minor injuries after a school bus rolled over Wednesday morning.

The bus rolled over on Welch Prairie Road east of the City of Lisbon at 7:36 Wednesday morning.

Authorities say people passing by on the road helped get the children out of the bus.

The cause of the rollover is still under investigation.