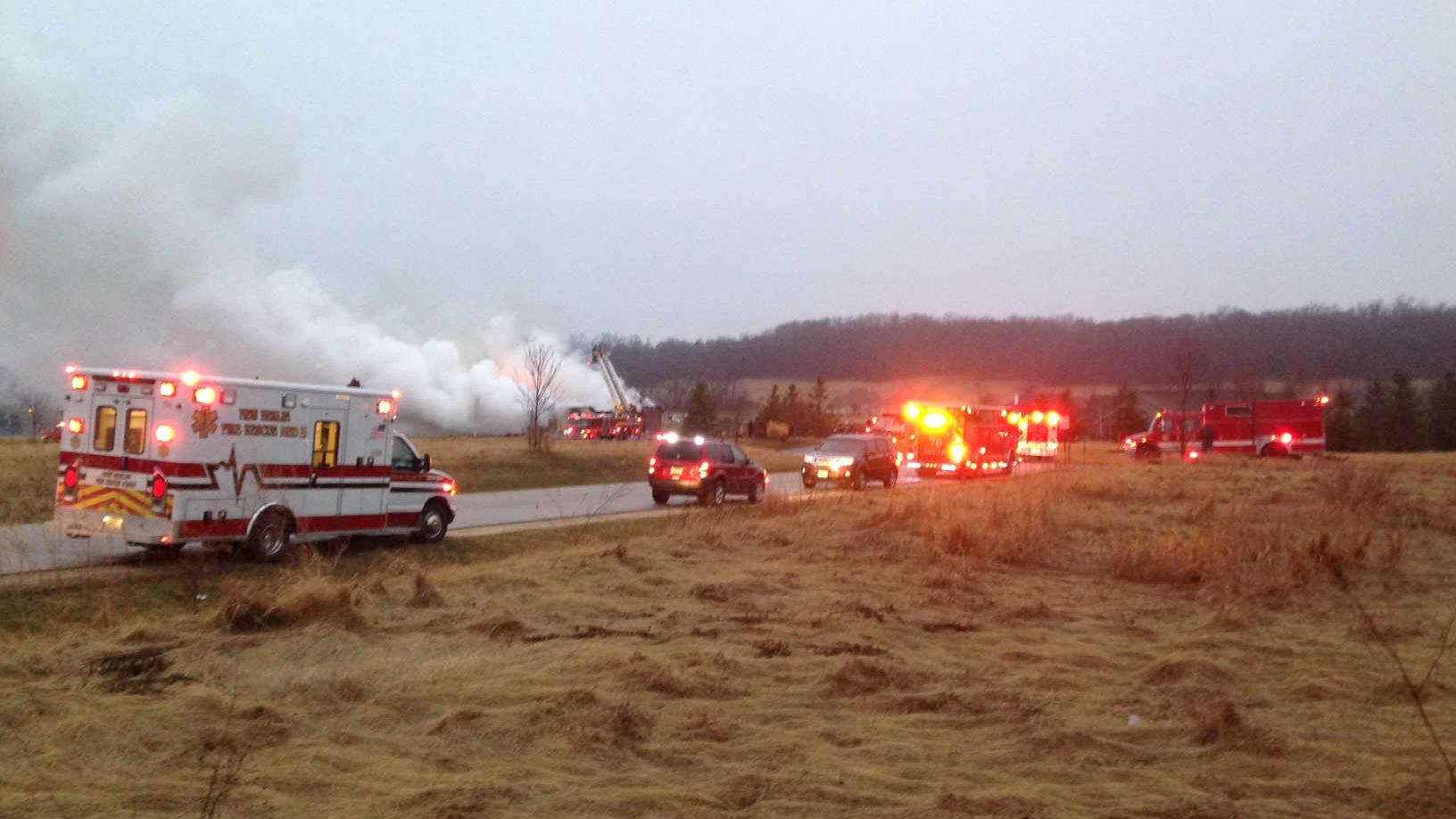 Mukwonago Fire says they were called out to a fire near Genevieve Dr. early this morning after a woman called 911 from her neighbors' home.

They say the woman lived in the house with her 3 dogs, one of which woke her up after the sound of what was thought to be thunder shook the house.

The woman looked out of the window and initially thought it was thick fog, but it was a fire. The woman and the dogs went to the neighbors and that's when she placed a call to 911.

Everyone got out safely.

The fire chief says the house is a total loss.

The fire is still being investigated but a preliminary investigation shows that the cause could have been related to a lightning strike.