MILWAUKEE (CBS 58) -- Allen-Field Elementary School counselor Marissa Darlingh has been put on administrative leave by Milwaukee Public Schools (MPS) after a video shows her stating she would refuse to support transgender students.

In April, Darlingh was one of the speakers at a feminist rally in Madison where she shared anti-transgender sentiments.

"Not one of my students under my [expletive] watch will ever, ever transition socially, and sure as hell not medically," said Darlingh.

Her license is being investigated by the Wisconsin Department of Public Instruction (DPI). They sent Darlingh a letter informing her of an investigation that is looking into possible immoral conduct or behavior. DPI asked her to resign but she refused.

Her attorney Lucas Vebber said the consequences she's facing are a violation of free speech.

"The state agency is threatening to use the heavy hand of government to punish her because of the content of her speech because of the view point that she expressed during it," said Vebber.

"You can say whatever you want but you have to accept the consequences with those words, like her words were hateful," said Chappelle.

Chappelle, along with other MPS teachers, students and community members are asking for Darlingh's termination and say she shouldn't be allowed to work with students.

"It is absolutely imperative that she is removed from her position and that she is not allowed access to youth in general because that can very much cost someone their life," said Chappelle.

They're demanding the school board to protect transgender and queer students with the demands below.

"We demand that MPS and its board of directors ensure that all students and staff feel safe, " said Chappelle. 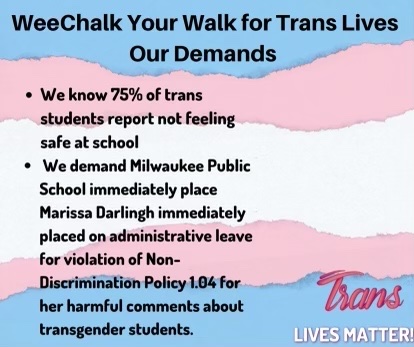 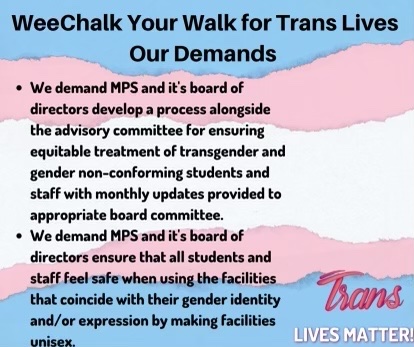 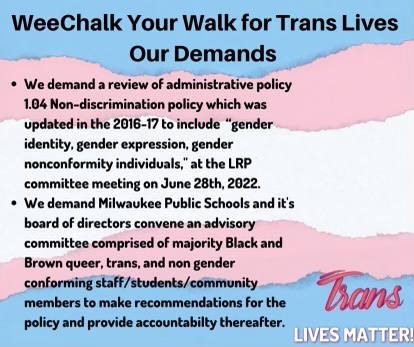 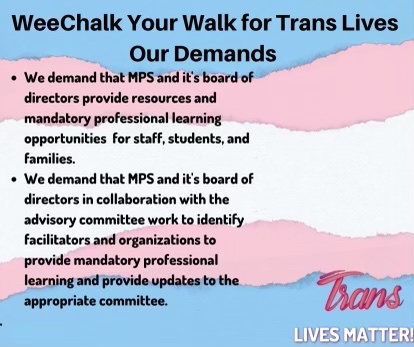