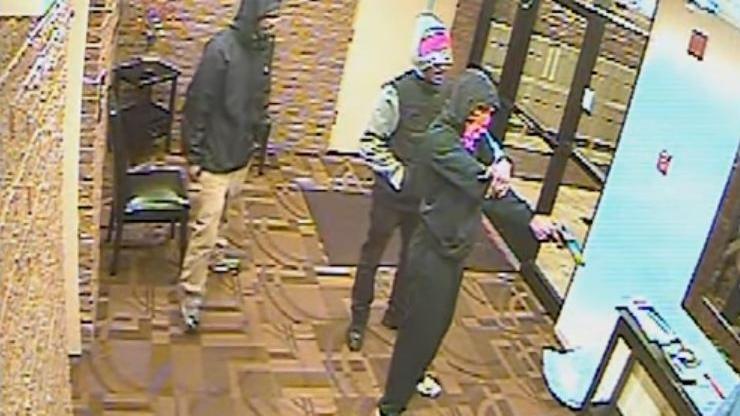 Milwaukee Police are asking for the public to help identify suspects regarding an armed robbery that happened on Thursday, October 27, around 10:45 PM in the 2000 block of E. Greenwich Avenue.

Suspect 1 is described as a black man, 5’8” tall, weighing about 165 pounds, medium build, wearing a red bandana over his face, a blue hooded sweatshirt with the hood up and a white stripe on the arm, blue jean pants and white athletic shoes and was armed with a revolver.

Suspect 2 is described as a black man, 5’8” tall, medium build, short hair, medium complexion, beard or goatee, wearing a blue or black hooded jacket with a white inner liner and a white logo on the chest and khaki pants.

Surveillance video can be found below: