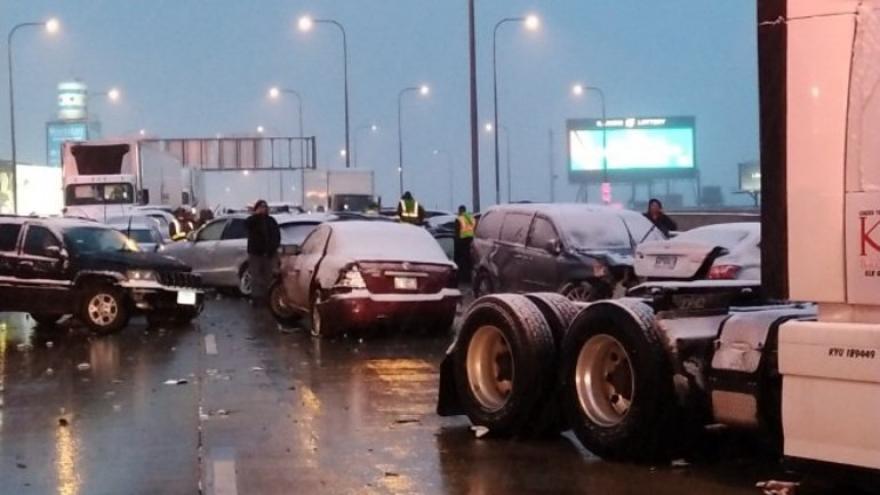 CHICAGO (WBBM) -- More than 50 cars were involved in a massive pileup crash on the inbound Kennedy Expressway at North Avenue in just one of more than a dozen crashes reported Wednesday morning.

The Chicago Fire Department was called to the scene at about 5 a.m. after 54 vehicles were involved in the crash. Fourteen people, all adults, were transported to hospitals with injuries from the crash, fire officials said. Their conditions were not serious.

EMS plan 2 on Kennedy now secure. We have 14 transports and 32 other patients who have been evaluated and will NOT be transported. Low traction conditions still in place. pic.twitter.com/PlfqG9rb4i