More than 3,000 migrants died this year trying to cross by boat into Europe 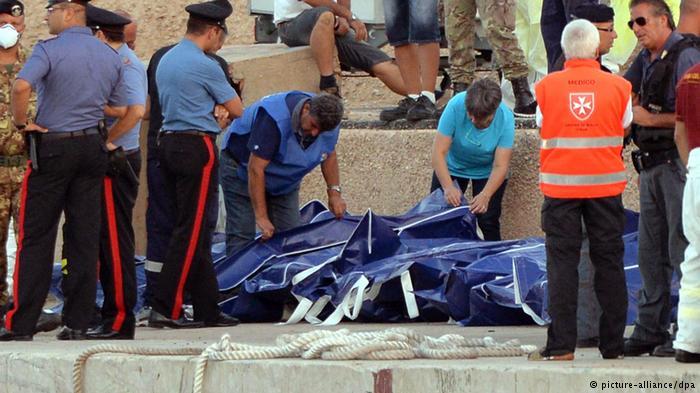 They brave the risk of drowning, drifting endlessly or dying of thirst to make it illegally to a better life in Europe.

They perished in the Mediterranean Sea, the United Nations Refugee Agency said Wednesday.

Some went under, like the 500 killed, when their angry traffickers sank their boat on purpose in September, according to survivors. The men, women and children had refused to transfer to very small boat they felt sure would not hold them and wasn't seaworthy.

They asked to be taken back to their departure port in Egypt. Instead the traffickers rammed their boat and laughed while they watched it sink, the survivors said.

The seafaring dangers are little deterrent for those leaving abject misery, such as the intense bloodshed of wars, which is driving hordes into asylum.

Figures on such crossings is inexact, as many boats elude detection.

\"Europe, facing conflicts to its south (Libya), east (Ukraine) and south-east (Syria/Iraq) is seeing the largest number of sea arrivals,\" the UNHCR said.

Nearly 50% of the sea arrivals are from the civil-war ravaged Syria and from Eritrea, where a dictator has ruled for more than 20 years, and where, Human Rights Watch says, young people are forcibly conscripted into the military, often for open-ended servitude akin to slavery.

The Italian government has led search and rescue operations in the Mediterranean -- called Mare Nostrum or \"Our Sea\" -- rescuing tens of thousands of migrants. Despite pleas from various aid agencies, it ended those operations in October.

But boat migrants come from many conflict regions.

The Horn of Africa region saw an estimated 82,680 people crossing mainly from Ethiopia and Somalia making their way to Yemen and other countries in the Middle East.

And in Asia, nearly 54,000 people have taken to the sea, the majority from Bangladesh and Myanmar crossing through the Bay of Bengal.