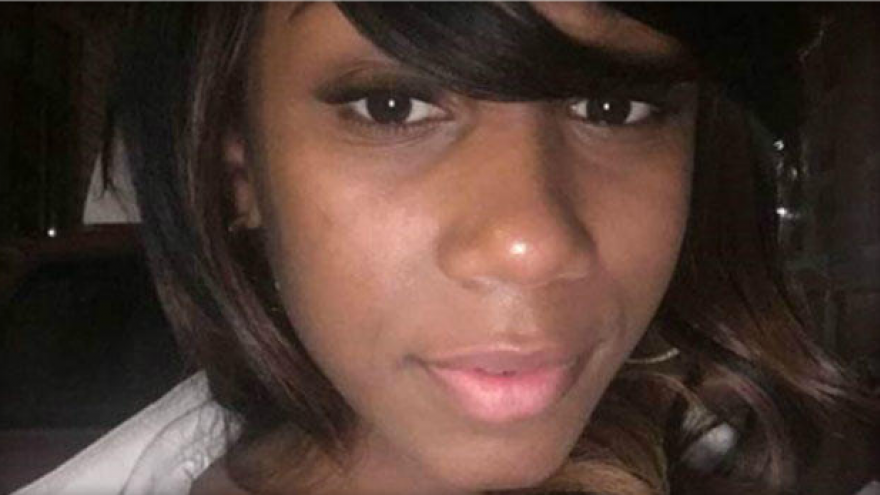 RICHMOND, Calif. -- A San Francisco Bay area woman was shot to death while driving with her two young children Tuesday morning and her estranged boyfriend is suspected in the killing, police said.

Rashanda Franklin was killed in a targeted shooting as she drove her children to school in Richmond. She was found wounded behind the steering wheel and died at the scene. Her children, both boys, were not hurt, Richmond Police Lt. Felix Tan said.

A $2 million warrant has been issued for the arrest of Franklin’s estranged boyfriend, Dushan McBride, 43, of San Pablo.

Tan said police in the past had been called for domestic violence situations involving the couple but didn’t give any other details.

Franklin drove around the area trying to avoid McBride but when she stopped at an intersection, he drove his car ahead and stopped in front of her, police said.

Surveillance footage from a camera at a home near the scene captured McBride getting out of his car, walking up to Franklin’s SUV and after a few minutes walking back to his car and driving away. Police say that after a brief argument, McBride shot Franklin on the chest as the children watched.

Investigators learned that Franklin was on her way to drop off the children, both under 10, at a daycare, reports CBS San Francisco.

A swarm of neighbors rushed to help after the shooting, the station reports. One woman got the children out of the car and escorted them away.

The children are said to be with family members.

“They are physically unharmed,” Tan told the station. “But the emotional toll is going to be devastating.”

Franklin’s mother, Barbara Harris, said her daughter and McBride were in a relationship that went bad.

“She had called it off with him, and he had been stalking her,” a sobbing Harris told the San Francisco Chronicle. Harris, who spoke from the living room of her home in Richmond, was surrounded by the two children who had been with Franklin and a third younger son.

“I guess he didn’t want to let her go. And apparently, he decided to gun my child down,” she added.

Tan asked the public to “help us and Rashanda’s family find the armed and dangerous suspect of this heinous crime.”

He said anyone with information about the suspect’s whereabouts is asked not to approach him, but should dial 911 or call (510) 621-1259.