Mom shoots carjacker trying to steal car with kids inside 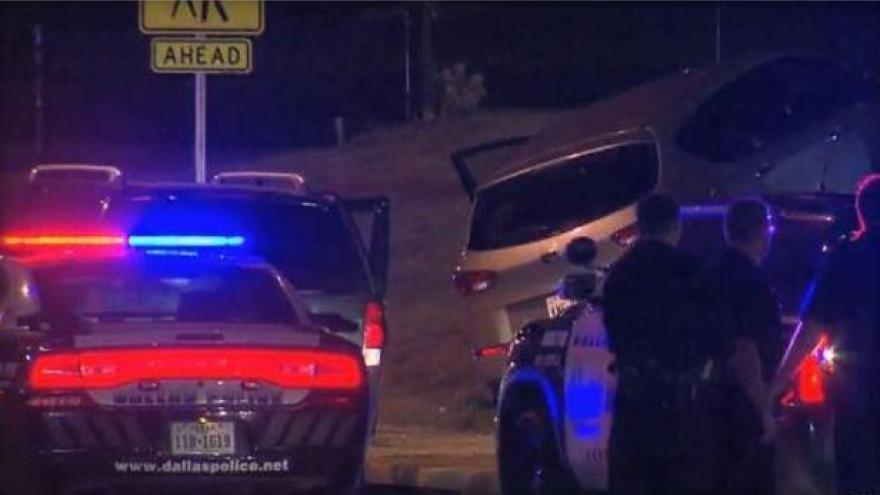 DALLAS (CBS News) – A suspected carjacker is in the hospital after a North Texas woman shot him as he tried to take off in her SUV with her two young children in the backseat, reports CBS DFW. The incident happened just after 10:00 p.m. Wednesday, when Dallas police say the woman stopped for gasoline at a Dallas Shell station.

The mother, who didn't want to be identified, told the station she left her children, 2 and 4, in the SUV while she ran inside the convenience store. Before she returned, a man jumped into her vehicle and tried to drive away. The woman said she saw what was happening and jumped in the car.

The woman told CBS DFW she tried to get the man, later identified as Ricky Wright, to stop, but he refused. She then opened her glove box, pulled out a gun, and shot Wright in the head, according to police.

"I should have just have emptied the whole clip but I didn't. I didn't. I just wanted to give him a warning shot, that was it," the woman told the station. "I'm not a killer or anything like that, but I do believe in defending what's mine."

Wright crashed into a light pole and was later taken to a local hospital. He was reportedly in serious but stable condition Thursday morning .

Wright has been charged with two counts of unlawful restraint and unauthorized use of motor vehicle.

Police questioned the woman at the scene and released her, the station reports. Neither she nor her two children were hurt during the shooting or crash.