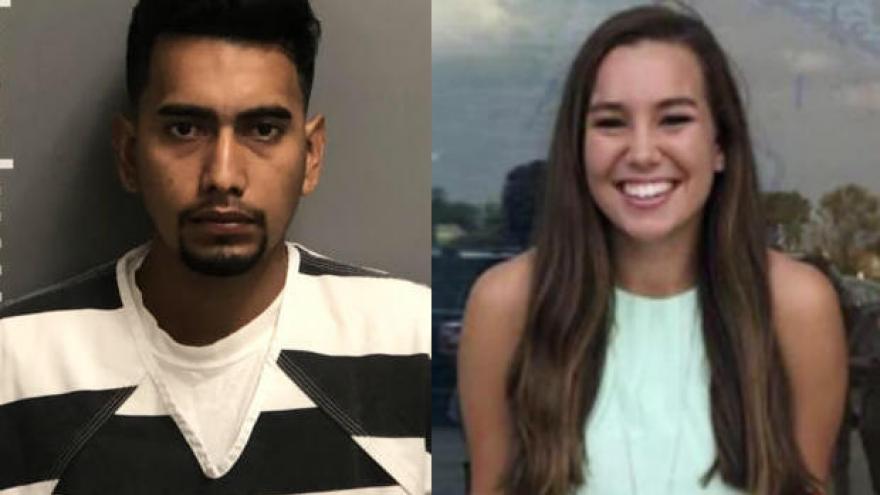 During the five-week search for slain Iowa college student Mollie Tibbetts her accused killer reported to the dairy farm where he worked every day, acting normally, according to one of his co-workers who asked us to conceal her identity.

Cristhian Bahena Rivera, an undocumented immigrant from Mexico who lived nearby, was charged with her murder earlier this week. A preliminary autopsy report found that Tibbetts died from "multiple sharp force injuries." The 20-year-old disappeared more than a month ago while out for a jog in her hometown of Brooklyn, Iowa.

Rivera's coworker told CBS News' Adriana Diaz that someone who would have done something like this would be nervous and not be able to eat and he seemed like nothing was wrong. She said she doesn't want to believe it's him.

She also said Rivera – who entered the U.S. as a minor – is calm, not violent, and a good father. She said the suspect has a three-year-old daughter with his ex-girlfriend. They were at his hearing this week.

"He's like anybody else. It's just hard to understand what happened out on that road," Rivera's lawyer Allan Richards said.

In an affidavit, police say Rivera told investigators he left Tibbetts' body in a cornfield. He also told them when he "came to" he found Tibbetts' body in his trunk and "noticed blood on the side of her head." After the interview, police say, Rivera guided them to her location "from memory."

"I'm reserving judgment on that issue until I see the interrogation interview, which I'm assuming they have," Richards said.

The case has reignited calls for stronger immigration laws. President Trump said in a Thursday interview on Fox News, "She was killed by a horrible person that came in from Mexico, illegally here."

Asked about Mr. Trump's accusations against undocumented immigrants, Rivera's coworker said she doesn't agree with it because there are bad people of all races.

The funeral for Tibbetts will be held on Sunday.