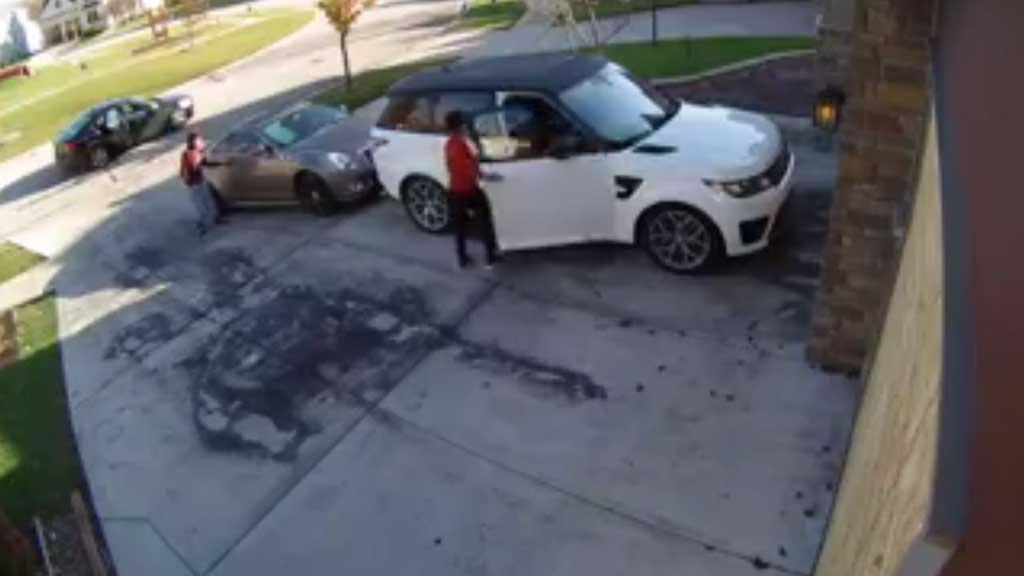 Anthony Pettis is offering a reward for information about two suspects seen walking up to his cars and ransacking them.

The incident happened at 9:57 AM on Wednesday.

This comes after three of the MMA fighter's cars were set on fire in his driveway in October.

Milwaukee police said that incident happened around 1:00 AM on October 27.

Police were called to this home on South Cherokee Way for a report of fire.

What they found was three vehicles up in flames.

Its the home of MMA fighter Anthony Pettis who has spoken out to us in the past about violence in Milwaukee.

Milwaukee police say someone used an accelerant to set two vehicles on fire which spread to a third.

Neighbors who didn't want to go on camera say they heard loud bangs as tires and gas tanks exploded.