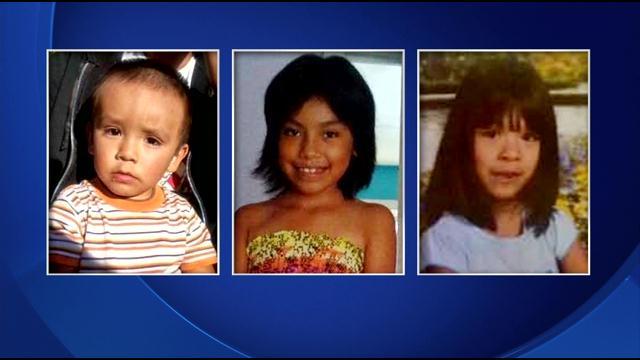 Three Racine children, missing since February 5th are back home safe after months of searching. They apparently were taken to Mexico with their mother and her boyfriend, after he got into trouble with the law. Officials say this was all part of a plan to protect Ivan Ruiz, the boyfriend of Amanda Gasca. A warrant was issued for his arrest for abusing Gasca's own two year old son and another child. That's when they took the kids and ran off.
\"Parents took them, drove to Illinois, sold their car, got bus tickets and bused them into Mexico,\" described Racine County Executive Jonathan Delagrave, when asked about what happened to the three Gasca children back in February.

We want to note- Ruiz is not the father of any of Gasca's children.


Delagrave says Child Protective Services was in on this case from the get go as they knew the three Gasca children; 2 year old Damain, 8 year old Diana and 10 year old Angela, were in trouble. They immediately took action, heading to Facebook to track them down.

\"Through social media we contacted existing family and they had contact with family down in Mexico who knew the parents so they contacted the parents,\" said Delagrave.

They found out the family was in Silao, Mexico, but it wasn't that easy. Talking Gasca and Ruiz into giving the children back was a process that took months.

\"That took a while to negotiate or to convince them hey this is the right thing to do, how can they turn them over, what's the safest way to turn them over,\" said Delagrave.

In fact it wasn't until Friday morning that the couple agreed to give up the children.

\"Once they turned the children over we were on a plane and working with the federal government and using their leverage,\" Delagrave said.

The children were reunited with family Friday night.

\"I've heard from staff they were willing to go they were very well behaved,\" he said.

And though Ruiz and Gasca remain on the run in Mexico, Delagrave says the children are out of harms way.

\"We've done due diligence to make sure that they're in a secure safe place. We're working with a family to make sure if they're contacted by that family for whatever reason, they will communicate that with us,\" he said.

Meanwhile a plan is being made for their future.

\"Placement right now is with the current relatives who have them and we'll talk to the relatives and develop a long term plan ,\" said Delagrave.

Delagrave says its up to Mexican officials whether Ruiz will be expedited and face charges.
And though Gasca did have custody of her children, she could now face endangerment charges for her actions.