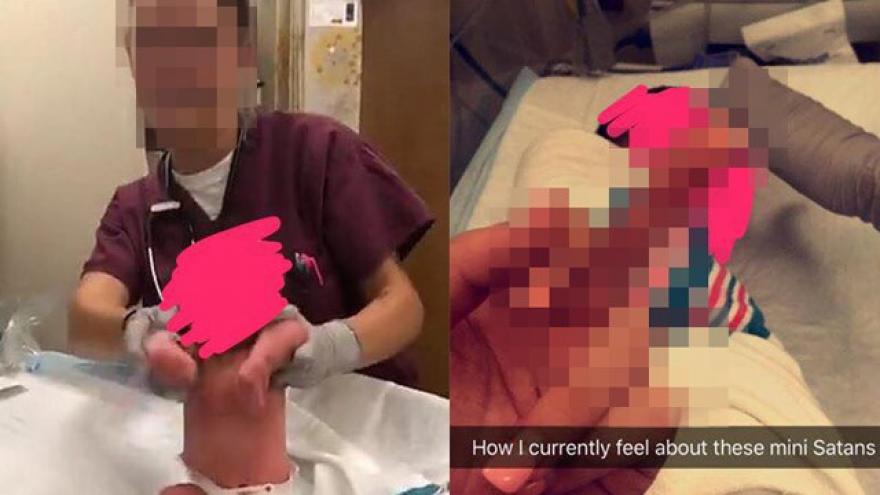 (Meredith) – Employees at a military hospital referring to infants as “mini Satans” and making a crude gesture toward an infant in a series of photos have gone viral online, and the backlash has been swift. 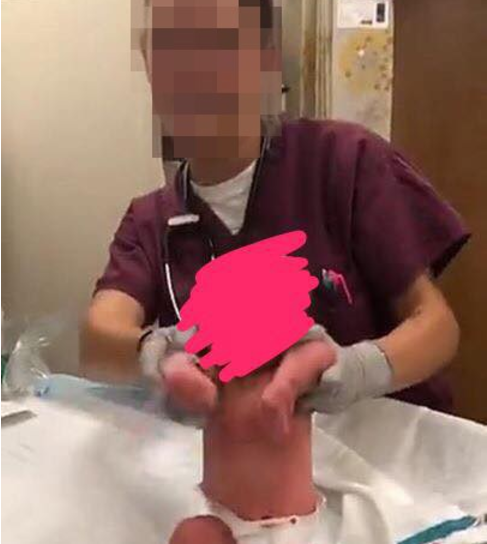 The employees in the photos work at the Naval Jacksonville Hospital in Jacksonville, Florida, as identified in a Facebook post that was shared nearly 250,000 times.

In one of the photos, a Navy Corpsman can be seen posing with an infant. Videos of an employee using newborns as dancing puppets have leaked and gone viral along with the photos.

In another photo, a hand can be seen making a crude gesture to an infant with a caption that raised some eyebrows: “How I currently feel about these mini Satans.”

The hospital said in a statement on Facebook that they had removed the staffers from patient care, and that the situation would be handled by the legal system and military justice.

The outrage online was swift.

"Wow they're treating new borns like this? I don't think I'll being go to naval to deliver," said one commenter on Facebook.

"Not only is it immoral, but it's a HIPPA violation to photograph patients in any way whatsoever, even if they're a newborn. I hope the parents fully pursue this violation in every aspect, which includes fines, jail time and ensuring they are never able to hold a nursing or healthcare license again. As an RN, BSN I'm disgusted," said another.