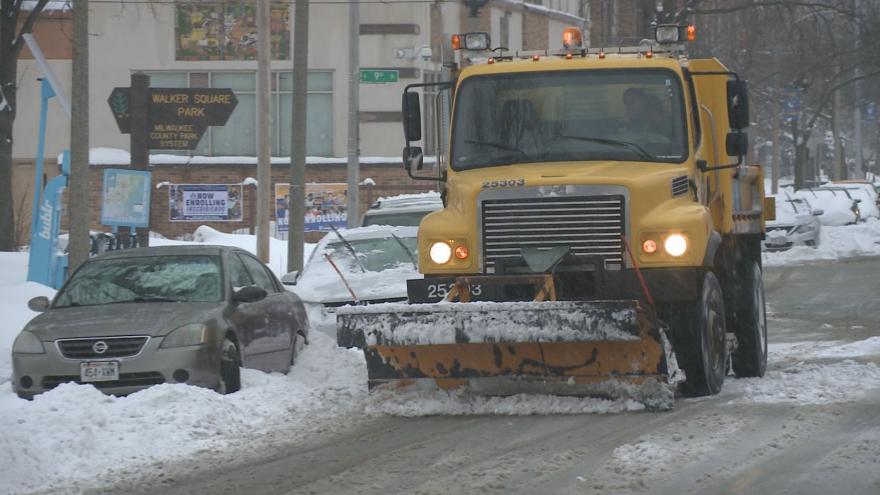 MILWAUKEE (CBS58) -- City officials are asking people to comply with parking regulations. The Snow Emergency went into effect Sunday night, Jan. 31. Milwaukee's Department of Public Works says its workers need plenty of space to work. It makes it difficult to weave in and out around cars when they are trying to plow the streets. They say they want to make sure both sides are safe and passable.

“Snow operation like this it does last several days," Jeff Polenske said. He is the commissioner of public works.

“There’s a lot to clean up”

Polenske says this may cause confusion so they extended the snow emergency order for three days instead.

The West Allis Snow Angels will be getting down to business in the cold too.

“We will start with the sidewalks, sometimes the neighbors are kind enough to have done that already,  Jacob Fricke said. He's a Snow Angel.

The Snow Angels Program pairs volunteers with people 55 years and older with disabilities who may need help clearing sidewalks, driveways or alleys.

“Sometimes you do salting, I know some folks need their cars cleaned off, kind of just depends on the person," Christina Mayer said.

Mayer and Fricke says it may be hard work, but someone has to do it.

“Much rather have me do it when I’m capable than someone who can’t so it’s good to know that even if you never meet the person they do appreciate it, Fricke said.

The city is offering some MPS school parking lots for residents to get their cars off the streets.

You can find info by following this link.