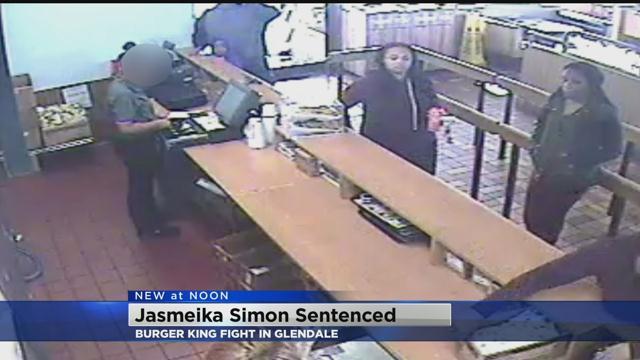 A Milwaukee woman will now spend more than a year behind bars for a fight she was involved in at a Glendale Burger King.

Jasmeika Simon was sentenced to 18 months in jail this morning for battery and disorderly conduct.

Back in February, Simon's mother became upset when she couldn't use several coupons.

She told the employees she would come back with her daughter.

And when she returned Simon was with her.

Jasmeika Simon has been ordered to not have contact with the victim or Burger King.