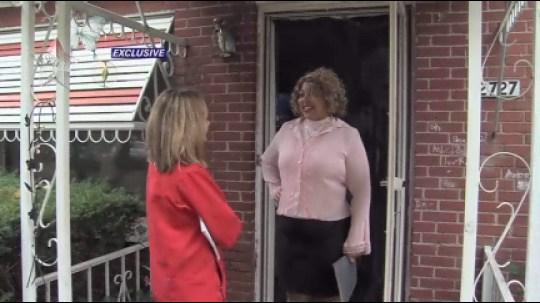 One woman watched the recent firing of Christopher Manney from the Milwaukee Police Department with particular interest.

She is Shirley Gilmore and she says she was roughed up and harassed by Manney years before.

It was an incident that resulted in the Fire and Police Commission suggesting counseling for Manney.

\"It's about time,\" Gilmore told CBS 58 News after Chief Ed Flynn fired him from the force.

Chief Flynn said a pat down of an emotionally disturbed person at Red Arrow Park last April was against police protocol. It set up a violent confrontation with Dontre Hamilton who was shot dead by Manney.

But Flynn added that the use of force was justified.

\"He had no business wearing that suit, wearing a badge, at the least carrying a gun.\"

Gilmore filed a complaint with the Fire and Police Commission about Manney after he responded to a fight on her front yard. Her daughter and another woman were arguing.

Gilmore said Officer Manney came after her instead.

\"He barged in and when I saw he barged in, I mean, he barged in. He was just handling me so rough because he had me over my couch.\"

It would take four years before there was the conclusion in police records that \"Officer Manney was not justified in addressing Ms. Gilmore in the manner he did.\"

Gilmore was never charged for disorderly conduct, instead given a citation for driving without a license.

She often thinks of her ordeal. And then all this time later, he's no longer an officer.