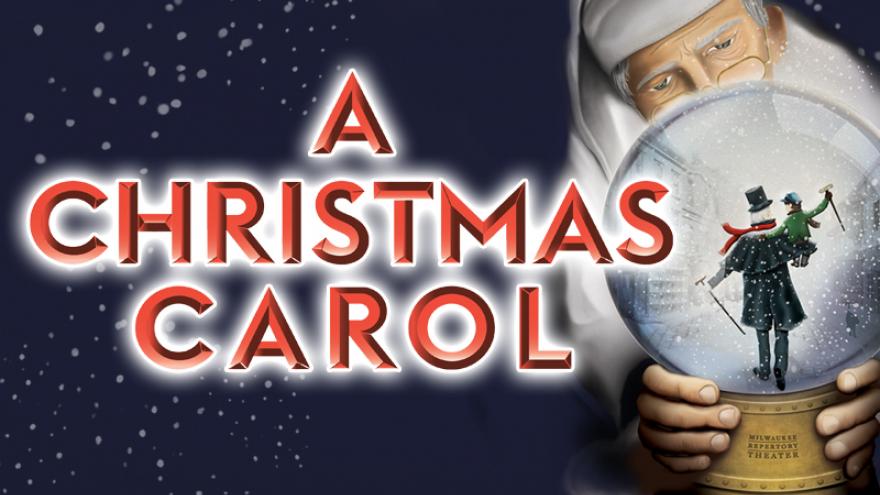 “We’re so pleased that Mark’s adaptation and production that debuted last year has set a new all-time sales record,” states Managing Director Chad Bauman. “It shows that the production delighted the child in all of us, reminding us all the value of the Christmas spirit.”

The Rep’s hit new A Christmas Carol adaptation, written and directed by Artistic Director Mark Clements, is a tale of love, hope and redemption with just the right blend of beautiful music, lively dancing, stunning sets and eye-popping special effects. It is a dazzling Christmas feast with enough theatrical goodies to fill any sized stocking hung by the chimney with care.

Milwaukee Rep favorite Jonathan Wainwright (Of Mice of Men, A Christmas Carol), will reprise his role as Scrooge, portraying one of Dicken’s most recognizable characters. The cast also features returning actors Angela Iannone as Mrs. Fezziwig, Reese Madigan as Mr. Crachit, Rana Roman as Mrs. Crachit, and Deborah Staples as the Ghost of Christmas Past. Michael J. Farina (Man of La Mancha) joins the cast as Mr. Fezziwig. Complete casting to be announced soon.

A Christmas Carol runs November 28 - December 24 in the historic Pabst Theater. Tickets can be purchased at www.MilwaukeeRep.com, by calling The Rep’s Ticket Office at 414-224-9490 or in-person at 108 East Wells Street in downtown Milwaukee.