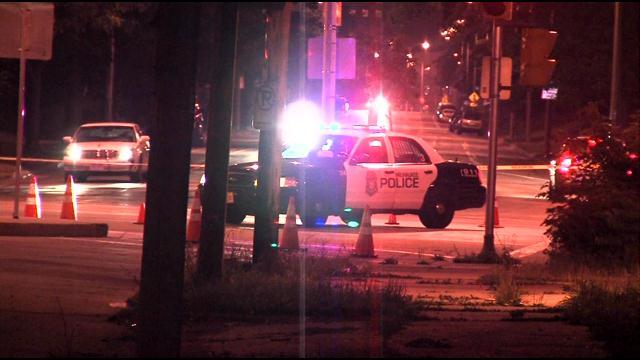 Milwaukee Police Chief Ed Flynn reported Monday afternoon that there had been four arrests related to three of the nearly a dozen shootings that occurred since Thursday.
Six of the shootings were homicides.
All of the suspects taken into custody have prior records.
Last year's holiday weekend, there were 11 shootings and two fatal. This year there were 10 shootings and two fatal. Flynn said overall crime is down but violent crime has spiked over the past two months.

All of the recent cases of shootings and homicides stemmed from altercations between individuals who know each other, said Chief Flynn in a press conference.

\"What's the cause of this stark increase in violence. It's not simple. It's not simplistic,\" explained Chief Flynn. \"It isn't just that there aren't enough cops. I've said before, too many people want to pretend there's simple answers to complex problems. There aren't. And we're going to continue to analyze our data, deploy our resources, and control those responses for which we alone are responsible.\"

Chief Flynn said since last Friday 18 gun seizures all but one was evidence in a crime.
\"We've had a significant increase in gun crimes. Other cities have seen similar issues,\" said Flynn.
Of 1,209 gun seized by Milwaukee Police 83% will be evidence in a case, according to Flynn,
Flynn touched on the relationship between the shootings and criminal records.
\"We have an overwhelming record of people shooting people like them,\" Flynn said.
According to Flynn, 80% of the victims in recent non-fatal shootings have had criminal records.
Flynn said many violent offenders have been identified early in their careers by the juvenile justice system.
Flynn, also, commented on the North Lake Drive homicide.
\"When you have a 15 year-old brain in charge of a firearm, anything can happen and it's usually bad,\" Flynn said.
Share this article: